Cats have one of the most sparkling eyes among animals, but when they’re blue, they’re even more attractive. A surprising fact about kittens is that all of them are born with blue eyes. Still, it is very uncommon to have cats with blue eyes once they grow into adults. Cats with blue eyes are a rare phenomenon because the pigment called melanin, which is responsible for the eyes color of an adult cat, won’t move until the cat is 7 – 12 weeks old. Right after 12 weeks, changes in melanin occur, and as a result, only a few breeds of cats tend to maintain the baby blue color in their eyes.

How to Get Cats With Blue Eye?

If you want a cat that has those sparkling blue eyes, your best pick should be finding a breed of cats in which the production of pigments in the Iris does not occur. Resultantly, when light is reflected around the surface of their eyes, they appear to be blue. Here are some of the cat breeds that usually have blue eyes as adults.

Coat Color: Various colors, including blue, seal, lilac, cream, and red. Like all point cats, they are born all white and later develop colors

Birman also called the “Sacred Cat of Burma” is a semi-longhaired cat with dark coloring on its face, legs, ears, and tails. The name of the breed is derived from the word Birmanie, the French form of Burma. The cat has short legs and a thick body with white mittens on its paws. The breed is playful, sweet, and friendly and has attractive blue eyes.

Balinese are outgoing, curious, and attractive cats that will always have deep blue eyes. The breed is famous for its interactive personality and is not for someone who wants their cat not to be heard. The cat is loveable, intelligent, and can prove to be a perfect friend. Balinese cats have large ears and are thus categorized as a cat breed with big ears.

Balinese cats shed very little, which has earned them a reputation as a hypoallergenic cat breed. They are one of the most loyal and affectionate cats in the feline world, and given that they are less prone to trigger allergic reactions in their owners, they make a perfect choice for people with allergies.

The Himalayan cat is an identical Persian cat breed but has a few distinguishing features like facial masks, feet, tails, and ears. They are medium-sized cats but sometimes can appear bigger due to the additional mass of fur. The cat is also referred to as ‘Himalayan Cat’ or ‘Colorpoint Persian’ for being created by crossbreeding Siamese cats and Persian cats. Like Persian cats, they also have flat faces and thus are listed as one of the flat face cat breeds.

The Himalayans cats’ eyes are always blue and vivid and come in various shades and densities. The cat is incredibly playful and friendly, but it can create mischief if not given the right amount of care and enrichment. It needs high maintenance.

Suitable for: Families with children, multi-pet households, people with allergies

The Ragdolls is a large, semi-longhaired cat breed with blue eyes. The name “Ragdoll” means the tendency of individuals to relax when picked up. This breed was developed by American breeder Ann Baker in the 1960s and is best known for its friendly and affectionate nature. Ragdoll cat tends to be more interested in human beings than other cat breeds and therefore are also known as “dog-like cats” or “puppy-like cats.” They would run to greet you at the door, follow you from room to room, and generally choose a place for themselves where you are.

One of the most distinctively recognized breeds of cats with blue eyes is Siamese. Siamese cats have different color variations, such as Flame Point Siamese, Blue Point Siamese, Lynx Point Siamese, etc. They are best known for their distinctive sleek appearance and silver-gray color with blue eyes. This cat originated in Thailand around the 14th century and is believed to be one of the oldest breeds of cats alive. Siamese cats have received the royal treatment in Thailand as royal families believed that a Siamese cat would receive their souls when they die. Siamese cats have a history of being in the white house as US President Rutherford personally kept one during his tenure. This breed is extremely talkative and will vocalize its opinion on any observation they make while sitting beside a window.

Siamese cats make a great pet for outgoing cat parents as they are high-energy and love to go on long walks. They shed very little as compared to other cat breeds and are thus easily find a spot on the list of cat breeds that don’t shed.

Suitable for: Families with a calm and quiet household, calm and lazy parents

The Persian cat is a long-haired breed of Iranian origin. The cat is characterized by its silky soft coat, punch face, and loveable personality. Persian cats are also known as “Persian longhairs” in English-speaking countries. White Persian can often have blue eyes and are one of the most popular and recognizable pet breeds in the world. They are calm, loving, and like nothing other than just sitting in the lap of their owner—how adorable!

They come in a variety of colors that are divided into seven categories. In solid colors, they not only come in white but also in solid brown colors and are thus listed as a brown cat breed. Because of their easy-going temperament, Persian cats make great family pets. But if you are going to get one for your home, you should keep in mind that they are a flat-face cat breed. And this flat face makes them prone to feline upper respiratory infection.

The snowshoe is a smart and vocal breed of cat which originated in the United States during the early 1960s. The breed was created by Dorothy Daugherty, an American breeder who crossbred Siamese cats with American shorthairs. The cat gets its name from its white mitten paws that look like they are being dipped in the snow. Blue eyes are one of the signature features of these cats and can come in a range of blues such as pale sky blue, azure, and light blue. This pet is perfect for parents who are ready to adopt a pet and love her like a child. They would develop separation anxiety if left alone for a long time. Therefore, you should get them a canine or feline friend if you have a traditional 9 am to 5 pm job. You can also teach Snowshoe cat how to walk on a leash?

Coat Color: Variety of colors including solid black, white, and cream; in tortoiseshell; in classic, mackerel and spotted tabbies of many colors; and bi-color

Turkish Angora is one of the rare cat breeds of the feline world. Their fluffy white coat, exquisite blue eyes, and swimming prowess make them one of the most popular and sought-after cat breeds. It is one of the ancient and naturally occurring breeds of cats. This breed is often referred to as Angora or Ankara cat for its origin in Turkey.

In addition to their most famous glistening white coat, they also come in calico coats. They are sociable and are best suited for a home where there is another cat or dog in the company. Angoras bond completely with their owner. During the day, you’ll find her across your shoulders, while you’ll find her next to your pillow at night.

Legend says that Prophet Mohammad (570 – 632 CE), the prophet of Islam, was so fond of cats that he once cut off his sleeve rather than disturb the sleep of his cherished Angora Muezza.

Tonkinese is a breed of cat produced by crossbreeding Siamese and Burmese breeds. The first debated crosses were conducted by Milan Greer, who named these cats “golden Siamese” The cat is famous for its aquatic-blue eyes and is highly affectionate and sociable. Though not as chatty as the Siamese, Tonkinese cats express their feelings and love towards their loving owners by curling up in their warm laps or sometimes laying on top of the chest of their rowers. They make a great loveable pet, but you should know that they are a bit of attention seekers and don’t rest until they get it—when they want to hop up in your lap, you cannot refuse them.

Coat Color: Many colors and patterns but are never solid whites

Out of all the types of black cat breeds, the only widely known cat breed is Ojos Azules. The Ojos Azules (the Spanish translation of “blue eyes”) is a fitting name for a cat breed because of its beautiful blue eyes. The first breed of the cat dates back to 1984 when a female cat named Cornflower from a feral colony in New Mexico gave birth to kittens. Those kittens featured the same intense blue eyes as their mother, thereby proving that this was a dominant trait in this breed. The depth of their eyes is even greater than seen in the Siamese breed. The blue eyes seen in Ojos Azules is due to the absence of melanin in the Iris, while the depth of color is due to polygenetic variations.

The Javanese is a blue-eyed cat breed that was developed by crossbreeding Siamese and Balinese breeds. They are muscular cats who love to jump and climb. They are very intelligent and can learn different tricks quickly. They love to follow the commands of their favorite human—you. You can easily use cat clicker training to teach your cat various tricks and commands.

The cat appears elegant and delicate due to its blue eyes and is well known for its effective communication skills. They have big ears compared to many other cat breeds and are thus listed as a cat breed with big ears.

Cats with blue eyes are hard not to fall in love with but have you ever looked into the eyes of cat breeds with big eyes?

Are Baby Wipes Safe for Dogs? All You Need to Know 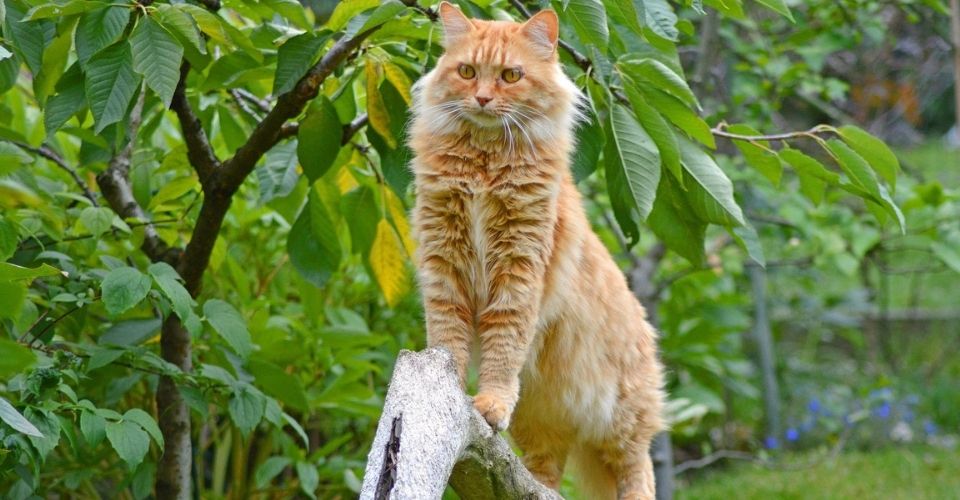 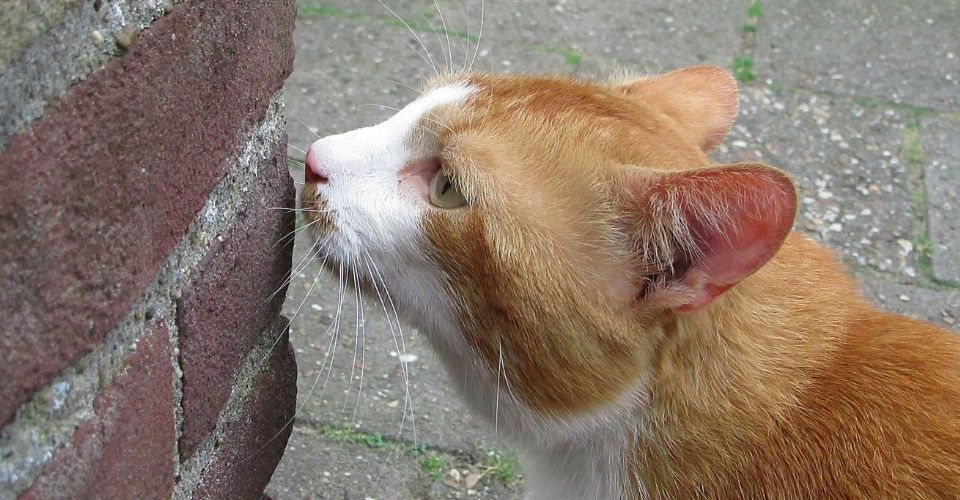 Can Cats Smell Their Owners? The Myths and Facts 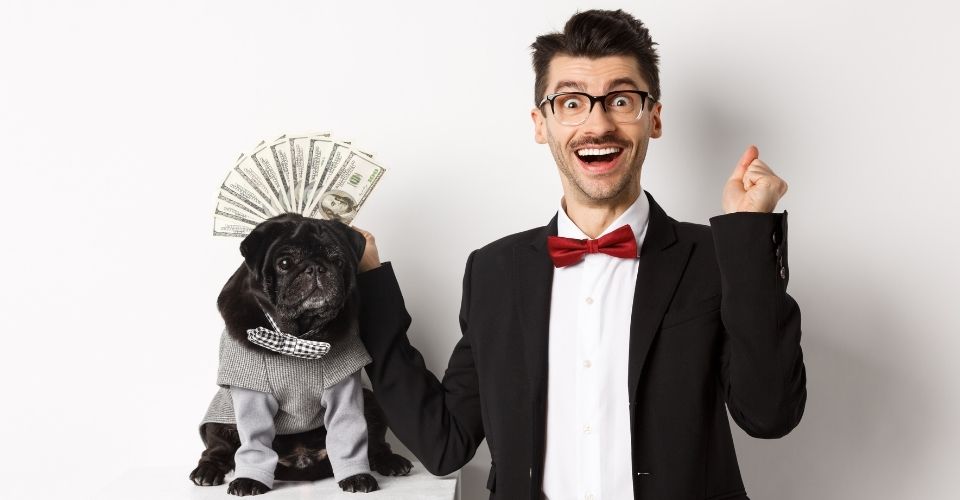