Everything looks pleasant in colors. Do you concur? Perhaps, you do. And now you are looking for a colorful cat—a calico cat. Calico cats are the most colorful cats of the feline world, only rivaled by tortoiseshell cats and tabby cats.

What is a Calico Cat?

The calico cat is not a cat breed like Ragdoll and Siamese. Rather, it is a coat pattern that can be found in any cat breed. According to CFA, there are 19 calico cats breeds that feature the tricolor pattern. So there can be a calico Persian cat, calico American Shorthaired cat, calico Sphynx, calico Ragdoll, or a calico Munchkin cat.

Actually, calico is a coat pattern. Cats that have at least three hues—orange, black, and white—in their coats are termed calico cats. The white color is highest in concentration as if it is the base coat color and black and orange existed in the form of irregular patches.

So, if a kitten in your cat’s litter has a three-colored pattern featuring orange, black, and white colors, it’s a calico kitten. Both purebred and mixed-breed kittens can have calico coats.

Which Breeds of Cats Can Have a Calico Kitten?

Now that you know calico is not a breed but a color pattern, you must be wondering: Can any cat breed be calico. Well, not all cat breeds can give birth to a calico cat, but most cat breeds can. Below we have listed some of the cat breeds that can have a calico kitten.

There is no substantial evidence to trace the origin of calico cats. However, it is thought that the first calico cat appeared in Egypt. From there, it is thought to have been brought along by merchants into the European port cities and Northern Africa through the Mediterranean routes. From these port cities, calico cats spread across Europe and into the African continent. Merchant brought calico cats along to keep rodents and rats away from their food. Today, calico cats can be found anywhere around the world.

Calico cats are the most colorful cats of the cat world, as mentioned earlier. They are usually tricolored—having orange, black, and white patches. Because of their tricolored coats, they are often referred to as tricolored cats or “orange black and white cats.”

Sometimes, there could be variations in the calico cat colors, so you can get to see colors like cream, blue-gray, blue-black, or a brown shade in a calico cat.

Read: The 10 Famous Orange Cat Breeds Around the World

However, calico cats are often described as one of the sweetest and most friendly cats of the feline world. They are gentle and affectionate, but at the same time, they also have some reputation for being independent and strong-willed than other cats. They often share the personality traits of tortoiseshell cats by being a bit sassy, spunky, and feisty. At times, calico cats can be a bit quirky—but all cats are quirky at times.

Give and take, calico cats make a warm pet cat. Bring your calico cat home, and she will surely fill your life with love and affection.

Where calico cats usually have white base coat color with orange and black patches, tortoiseshell cats have a brownish coat with streaks of patches.

Calico cats are some of the most beautiful cats around the globe. There are six well-known types of calico cats, giving you the option to choose the one that bewitches your eyes the most.

A calico cat is any cat that has at least three colors—white, orange, and black. Traditional calico cats have intense and bright colors. White is the major color—around 25 to 75 percent—and orange and black are present in irregular patches and spots.

Male calico cats are the rarest, and the rare male is always sterile. Male calico cats only occur in the case of Klinefelter Syndrome—XXY chromosomes. This is why if there happens to be a male calico cat, he will be sterile. This syndrome also increases the risk of many abnormalities in male calico cats, so they have a shorter lifespan as compared to their female counterparts.

The most common breeds of long-haired calicos are Maine Coon and American Forest Cat because they are the most popular long-haired cats. These cats are known for their fluffy coats. The calico coat makes these cats look more elegant and charming.

Calico coats are known for their warm personalities, but when calico is a Maine Coon, you can expect her to be even more affectionate and friendly.

Why All Calico Cats Are Female?

Around 99.9% of the whole calico cat population is female. Only 0.1% of the calico cats are male, and even those are sterile.

Actually, the genes responsible for imparting black and orange colors to calico cats are present on the X chromosome. Since females are XX, they will have two chromosomes carrying color genes. A calico kitten will happen if it carries one chromosome coding for black color and another chromosome coding for orange. In addition to two X chromosomes carrying genes for black and orange color, calico cats also need to inherit color gene—responsible for coding white color—that is unrelated to the sex chromosomes.

Read: The 10 Famous Orange Cat Breeds Around the World

Why Are Normal Male Calico Cats Not Possible?

Not only do calico cats have interesting color patterns, but there are many other interesting facts about them. Below, we list a few.

Tips for Choosing the Best Ranch Saddles and Our Top Picks

My Horse Is Not Eating His Hay: Causes, Solutions, & FAQs 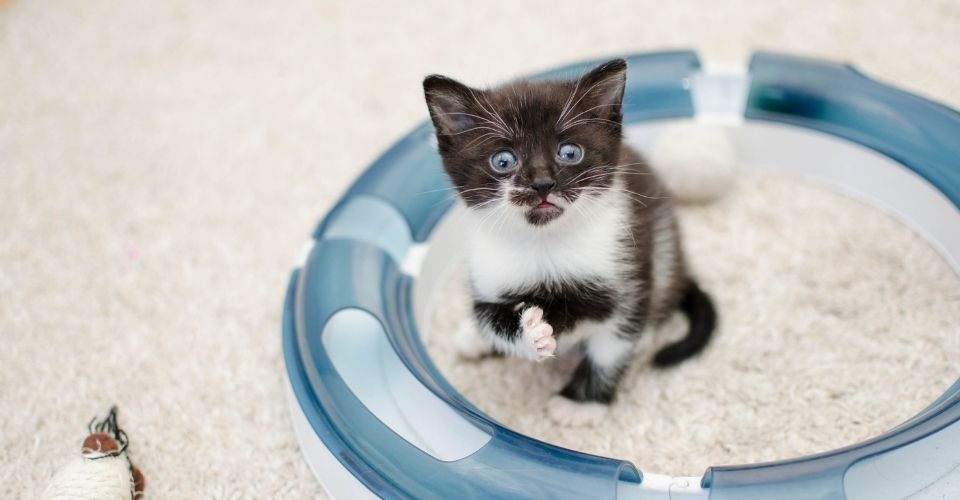 Are Baby Wipes Safe for Dogs? All You Need to Know