The 8 Most Adorable Cat Breeds With Big Eyes

Have you ever wondered why babies look so adorable? No doubt babies are always lovable no matter what, but the most enhanced and attractive feature they have is their eyes.

Similarly, the most mesmerizing feature of cats is their eyes. Every cat breed has different characteristics; some are wide-eyed, others are round-eyed, yet others may have comparatively smaller eyes. However, cats with bigger eyes are usually preferred over the cats with smaller eyes. But remember, every soul and body is unique, which manifests a beautiful combination.

If you are looking for cats with big eyes, all you need to do is scroll down. We have compiled a list of cat breeds with big eyes.

If you are looking for a cute fellow that is irresistible to pet, our first suggestion for you is British Shorthair cats. They have distinct eyes and coat color combinations. The most common color variations in British shorthair cats are the British blues which have alluring golden-orange eyes. They also have different coat colors like green, blue, and copper. Their wide-open and round eyes make these cats incredibly appealing. All features of these cats are round i.e., they have a round chubby face, rounded paws, and chubby bodies.

With the calmness and gentleness in their personalities, British shorthair cats can be a perfect fit for you.

Japanese Bobtails are widely known for their short bobbed tails and large round eyes. The breed was considered as street cats of Japan thousands of years ago. However, they have become a rare domestic breed today after being imported to the US in the late 1960s. Japanese Bobtails have the most attention-grabbing facial features, with their eyes being the most captivating of all. Unlike the British Shorthair cats, they are in ovular shape. They have blue or yellow eyes and sometimes even both; one blue one yellow which is called Heterochromia or odd eye colors.

Japanese Bobtails are also very friendly, smart, extremely social, and intelligent. They have bundles of energy to expel with their owners and other cats.

Read: Do Cats Have Belly Button?

Being one of the biggest domestic cat breeds, the Norwegian Forest cats are long and fluffy coated that appear larger than their actual size because of the coat thickness and length. Their long and thick coat helps them survive in the harsh cold weather conditions of Norway. Having larger bulky bodies, it is not a surprise that they have huge eyes as well. These large eyes contribute to its beauty, maintaining the proportion of its other oversized features. Norwegian Forest Cats have almond-shaped eyes that make them look more attractive.

Having a ferocious hunting history, Norwegian forest cats still enjoy hunting by chasing toys, playing, and exercising daily. At the same time, these cats are one of the most loving cat breeds with big eyes and share a very strong and affectionate bond with their owners.

The Russian Blue Cats are well-known for their enormous eyes. Their green eyes stand out against the silver shimmering fur coats, giving them an exotic appearance. One simply cannot look away from their stunning appearance without admiring their beauty. Russian Blue Cats have a triangular head and large rounded eyes. Their wide eyes are so captivating and deep that one can’t stop staring at them. They appear more appealing and attractive due to their vibrant green eyes and silverish glam-like fur. And believe me, it’s not just their appearance that’s elegant but also their nature and behavior.

Russian Blue cats are also very intelligent, curious yet calm. Another interesting fact about this breed is that the babies are born with yellow eyes, and as it grows, the eye color changes to vibrant green or blue.

Like Japanese Bobtails, the Scottish Fold cats are well-known for their folded ears. The big rounded eyes of Scottish fold along with folded ears add to the cuteness and adorability of the breed and make them appear unique comparatively. Scottish folds have typical eye colors like gold/yellow, green, or blue. They have round faces and owl-like little ears. The Scottish Fold cats are affectionate, talkative, and loveable.

Singapura cats are among the smallest cats, distinguished by their enormous eyes. Singapura’s small body has big eyes as an enhancing feature, giving it baby like cute looks. Their large eyes on a small body give the impression that the Singapura cat has larger eyes than it actually has.

A fun fact about Singapura cats is that they are the smallest cat breed ever registered. They belong from the streets of Singapore. Singapura cats are very playful, friendly, and affectionate. The cats have almond-shaped eyes that are seen in different colors like green, yellow/gold, and Hazel.

LaPerm Cats have a curly coat that is noticeably long. They come in both short and long hair styles. LaPerm cats have waved haircoat rather than straight hair curls. Apart from their distinct coats, they are also known for their large cat eyes, which say a lot and are extremely expressive. These cats come in a variety of eye colors, including green and yellow, as well as ginger coats and tabby markings.

LaPerm cats have almond-shaped eyes. These cats are very playful in nature and love height. They are intelligent, smart, and love to communicate. With a LaPerm at home, you can have full-time entertainment in your house.

Read: Cat Sleeping on Top Of You: What Does It Mean When Your Cat Sleeps on You?

Cornish Rex Cats are another breed well-known for their large eyes and distinctive curly velvety coat with short and curly whiskers. The undercoat is the only coat of fur on this cat. They are available in a variety of colors, including white, black, orange, brown, and lilac.

Cornish Rex cats have huge oval-shaped eyes that adds to their cuteness and enhances their triangular-shaped head. As Cornish Rexs are not very furry, their big eyes usually catch the attention. The eye color of Cornish Rex cats depends on a variety of factors such as black, blue, cream, and red Cornish cats have yellow golden eyes while white and silver cats have blue eyes.

The Cornish Rex Cats are highly hypoallergenic. They have a fine coat with a bit of a curl. Cornish Rex Cats are also known for their playful personalities. They are very friendly and active and love to exercise and getting pampered. |Read: 10 Rare Cat Breeds of the Feline World 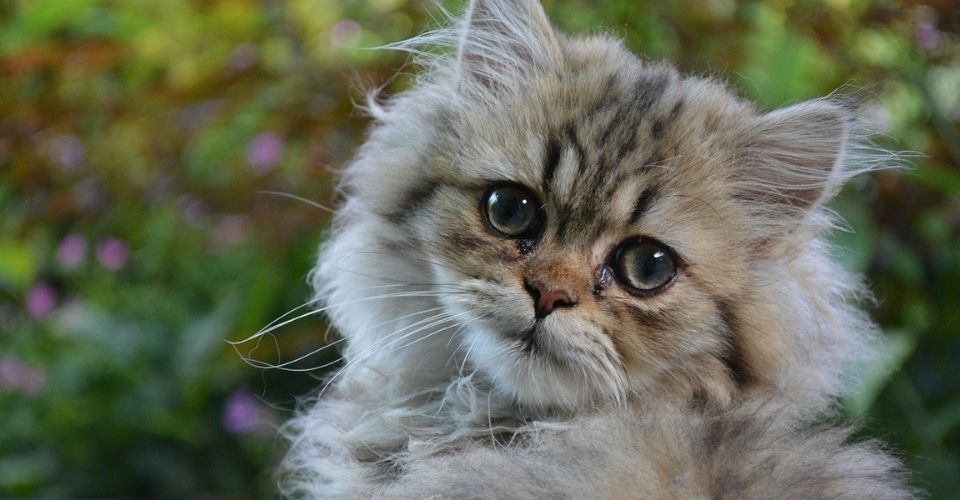 Persian Cat Breed: All You Need to Know! 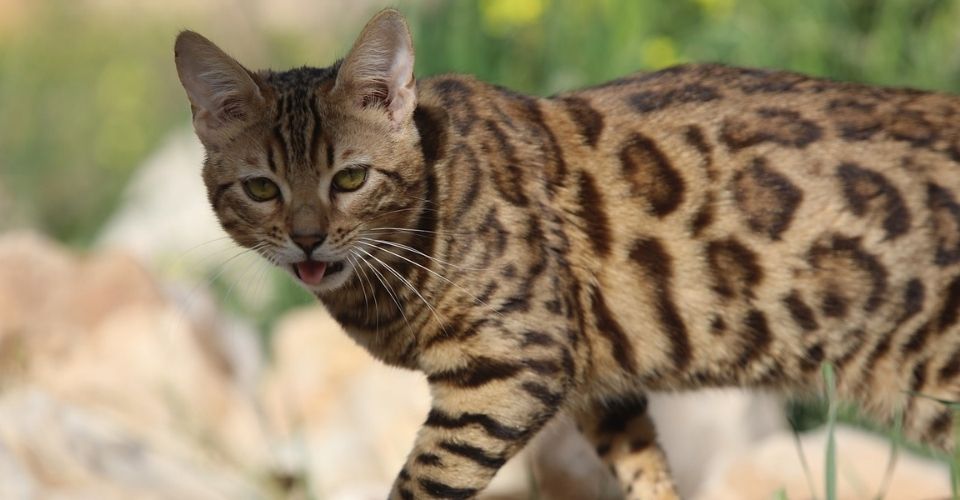 Savannah Cat Breed Profile: All You Need to Know 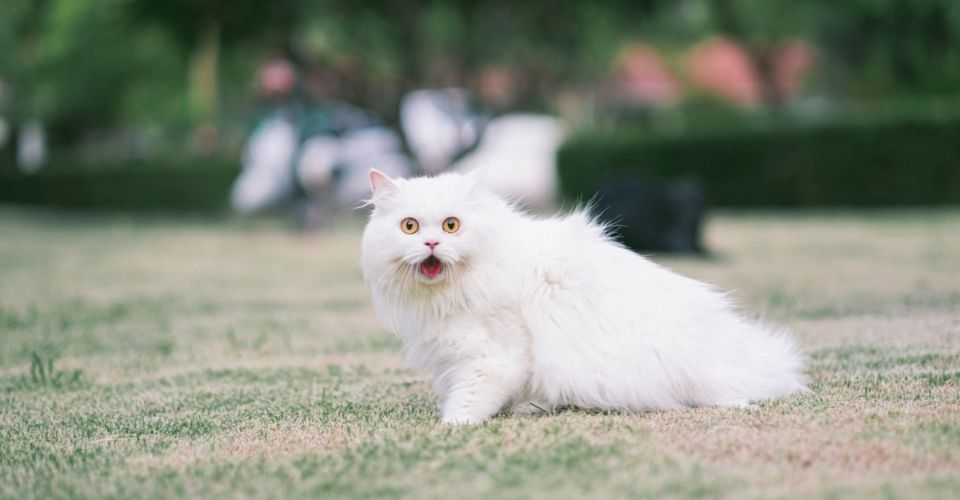 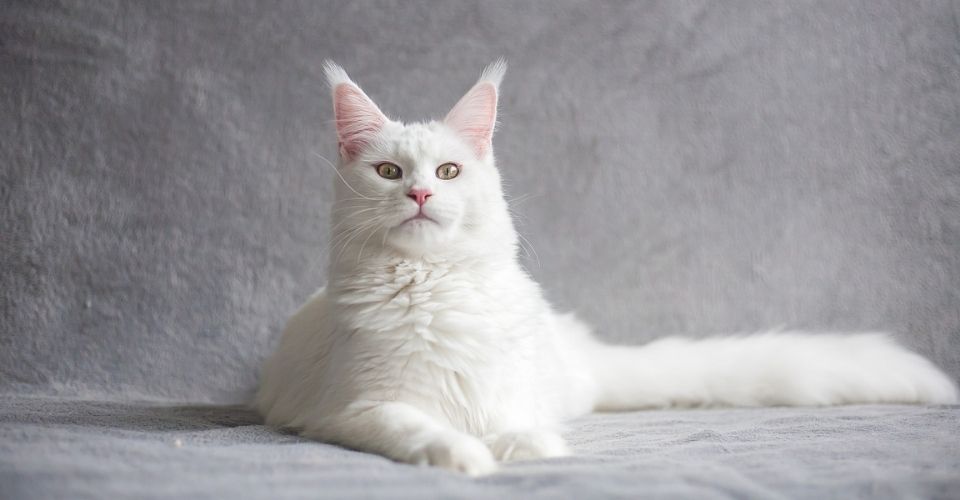