A Pitbull Beagle Mix dog is a rare designer breed which is also known as a Beagle Bull. This dog is a cross between an American Pitbull Terrier and a Beagle. As both the parent breeds have strong personalities, these Beagle Bulls also exhibit some of these distinct personality traits. To understand a Pitbull Beagle more, we need to take a closer look at its origin, history, and parents’ temperament and personality traits.

Origin and History of the Pitbull Beagle Mix

Controlled crossing of two dog breeds to make a designer dog started in the late 1980s. When it comes to the history of a specific designer dog breed, there is not much to find. The same is the case with the Pitbull Beagle mix.

This hybrid dog is believed to have been originated in the U.S. some twenty years ago. There is not a lot we know about the history of this dog, but we can surely get some idea by looking at the parent breeds of the Beagle Bull.

An Overview of the Parent Breeds:

To better understand a designer dog, we can always look at the temperament of its parents’ breeds, the physical features of each of them, their health, and sociability.

As the name signifies, the American Pitbull Terriers originated in the U.S. but have their roots in England as well. These dogs were created by crossing Terriers with Bulldogs. The resulting puppies were called Bull Terriers.

But the word ‘Pit’ in their names has an interesting reason background. These dogs were placed in pits full of rats. To become a winner, the dog had to kill the highest number of rats in a limited time. And this is how they got Pit added to their name.

The Pitbull Terriers were introduced in the U.S. in the 19th century. This is where they were further bred as the largest and most energetic fighter dogs, called the American Pitbull Terrier.

Due to their fighting history, they have a reputation of being intimidating and aggressive dogs, but these traits eventually toned down when dogfighting was declared illegal in America. Although they are still considered ruthless when fighting other dogs, they are very friendly and loyal towards their human companions.

Not much is known about the origins of the Beagle. A common belief is that the Beagles have originated from England around 55 B.C. These dogs gained popularity among the English aristocracy and hunters in the 16th century. Because of their strong sniffing ability, the Beagles were preferred by hunters to hunt down hares and other small animals.

After becoming popular in England, the Beagles were introduced in America in the late 19th century. These dogs soon became famous in the U.S. hunting groups for their easygoing personality and excellent hunting skills. The Beagles have been ranked as the 6th most famous dog breed in the United States by the American Kennel Club. It is also important to mention here that the Beagle was recognized as a breed by the American Kennel Club in 1885.

Now that we know a little about these both dogs, let’s get to what their mix would look like.

Appearance of a Pitbull Beagle Mix

When it comes to the appearance of a Pitbull Beagle Mix, it is generally a medium-sized dog. They are around 18 – 20 inches in length, from paw to shoulder, and weigh around 30 – 40 pounds.

The overall built of a Beagle Bull is muscular and strong, like the American Pitbull Terrier. The puppies sometimes have wrinkles that disappear as their body grows and the skin folds fill out.

Their ears can be floppy like a Pitbull, or they can be long and drop like a Beagle. There are a lot of eye color variations in a Pitbull Beagle Mix dog. They may have round or wide eyes with a darker color. But some may also have light-colored eyes, like light blue.

These dogs will have a short and double-layered coat that is smooth and shiny. They shed when the weather turns warm. Their coat color depends greatly upon the coat colors of their parent breeds. A Pitbull’s coat usually has a single color, while a Beagle’s coat can be found in three different colors. It is difficult to predict their coat color for sure. But they will have some shades of brown with patches of white spread unevenly throughout their body. Overall, the physical features of a Pitbull Beagle Mix dog will be a perfect mix of the Pitbulls and the Beagles.

Personality of a Pitbull Beagle Mix

The personality of a Pitbull Beagle Mix dog is also a bit unpredictable. They can be friendly and jolly like a Beagle but can also exhibit some fierce personality traits of a Pitbull. They are powerful and active dogs, so you need to provide them with vigorous exercise and activity. You should also train and socialize them from a young age.

Once trained, these hybrid dogs prove to be perfect family dogs.

As discussed above, the Pitbull Beagle hybrid dogs are hyperactive and powerful. They should be given a good amount of daily exercise and training. Taking them for a hike or a daily run would be perfect. You must let these dogs release their pent-up energy; otherwise, they may develop destructive behavior patterns and may take their frustration out on your prized possessions, such as furniture.

To keep them active and healthy, you can do the following:

4 Reasons You Should Get a Pitbull Beagle Mix

People can have different preferences when looking for a dog. Before you own any dog, you should look into its temperament, and living needs to better understand it. We have listed down some reasons why you should own a Beagle Bulldog.

4 Reasons You Should NOT Get a Pitbull Beagle Mix Dog:

Even though this hybrid dog is considered a perfect pet by many, there are certain things you need to be clear about before you bring this dog home. Keeping a Pitbull Beagle Mix dog isn’t an easy feat. So you have to be very clear about its living and grooming needs.

Some of the reasons why you shouldn’t own this hybrid dog are as follow;

How to Groom a Pitbull Beagle Mix Dog?

A Pitbull Beagle Mix dog doesn’t need a lot of grooming. They are low-maintenance dogs and would need weekly grooming sessions. They have a short coat which should be brushed regularly so as to keep it shiny and smooth. They are low shedders and only shed during the warmer seasons.

Below, we have listed some grooming tips for your Pitbull Beagle Mix.

These dogs don’t need regular brushing. Grooming and brushing once a week is fine. You should invest in a good quality dog brush that is suitable for your dog’s coat. As they have a short and dense coat, you need to buy a brush with stiff bristles to get rid of the fur and dead skin.

Although dogs with short coats don’t need frequent baths, they should be given a bath once a week. Plus, a Pitbull Beagle Mix dog is a super active dog, which exposes them to dirt and mud. To keep their coat clean and their skin healthy, you must invest in a gentle dog shampoo. This will keep your dog clean, and his coat will be shiny and silky. A quick brush before you bathe them will help them lose extra fur and dead skin.

We earn a commission from the qualifying purchases made via Amazon links found in this article, though the price will stay the same for you.

A dog’s nails should be regularly trimmed to keep them safe from accidentally harming themselves or their owners. If you can hear your dog making a tapping sound while he walks, it means his nails need a trim.

You must brush your dog’s teeth regularly to keep their gums and teeth healthy. Regular brushing will keep your dog safe from developing gum diseases and other dental problems.

A dog’s ears can easily become infected if they are not being cleaned regularly. So, it is important to frequently check a Beagle Bull’s ears and clean them. This will help reduce a wax’s buildup, which will keep their ears safe from getting infected.

What are the Health Issues Faced by a Pitbull Beagle Mix?

Just like we know about other designer dogs, there is not much known about the health of these dogs because they are new dogs. There is not enough official set of tests to check their health. So, we take help from looking at their parents’ health.

Some of the health risks a Pitbull Beagle Mix dog may face are as follows:

i. Elbow and Hip Dysplasia

This is a bone and joint disease, which causes abnormal growth of bones. This results in pain during movement and can also result in arthritis.

This is a genetic disease found only in Beagles. Initially, it was known as a Chinese Beagles Syndrome. According to the American Kennel Club, this disease “affects the development and structure of connective tissue.”

Some of the Beagle Bulls may also suffer from eye-related problems, like Progressive Retinal Atrophy. So, it is important to take your dog to an Ophthalmologist occasionally.

Being active and energetic dogs, the Pitbull Beagle mixes are prone to weight gain issues if they are not provided enough physical exercise. Obesity can bring other health issues such as cardiac problems.

Pitbull Beagle mixes are otherwise healthy dogs, but they may get affected by skin allergies and infections like Atopic Dermatitis. To keep their skin healthy and clean, you can invest in a skin-friendly shampoo that is vet-recommended.

Finding a Pitbull Beagle Mix dog is not very hard. But you have to find a legitimate and reputable breeder. You may find many breeders that are breeding these hybrids, but they may not always be respectable and authentic.

Before you buy a Pitbull Beagle Mix dog, it is important to keep the following points in mind;

A Pitbull Beagle Mix dog is an incredibly loyal, affectionate, and protective dog. Because of these qualities, they make perfect family dogs. They get along well with kids and other pets as well. They are intelligent, which makes training them easy and fun.

With proper training and time, these pooches can become the best pet for any household. To keep them healthy and happy, you should spend enough time with them and give them attention. 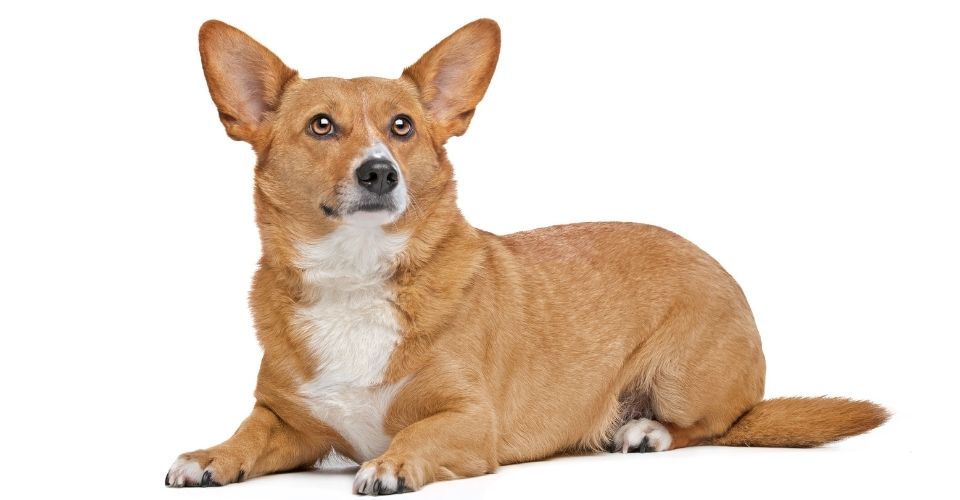 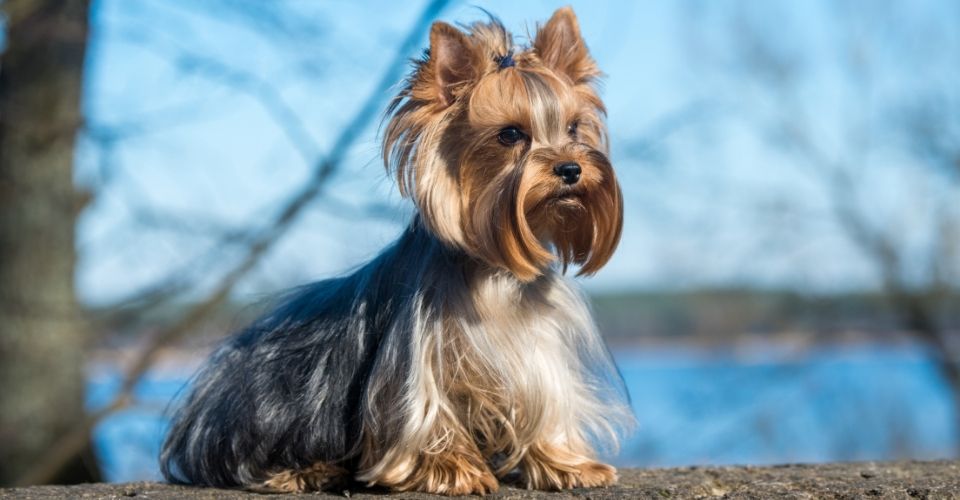 Types of Yorkies: 7 Adorable Mixes of the Yorkie Breed 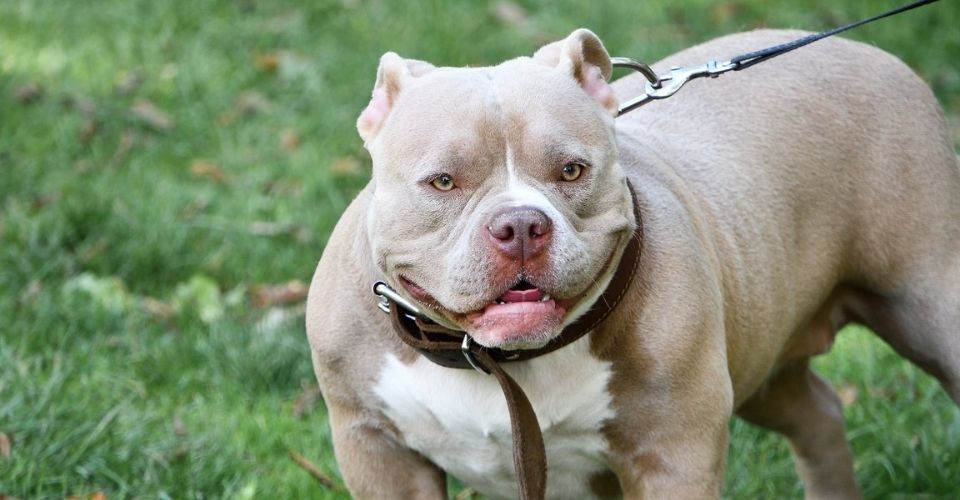 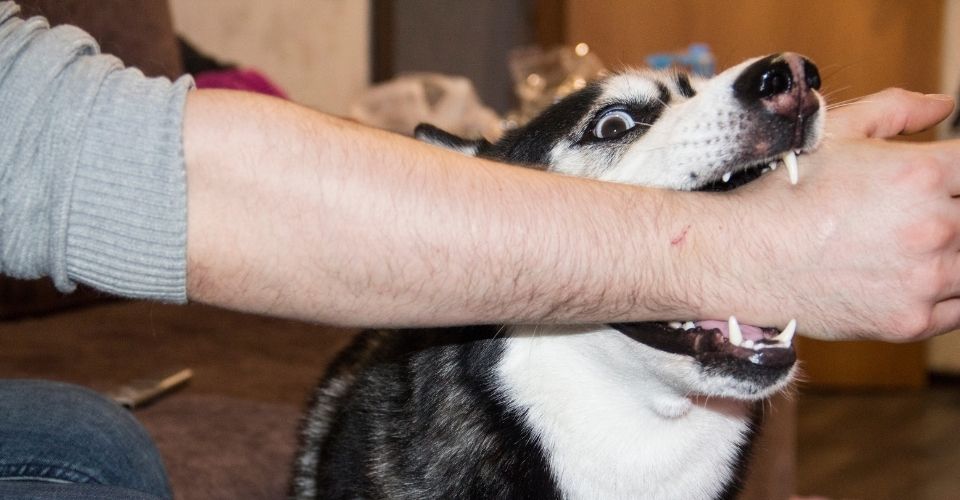