Siamese cats are undoubtedly among the most loved cats, thanks to their exotic looks and distinctive meows. But it might be confusing for them to point out the exact differences among the traditional four colors of the breed: Blue Point, Lilac Point, Seal Point, and Chocolate Point. The fact that Siamese cats come in other colors like Lynx Point, Flame Point, Tortie Point, etc., distinguishing one color point from another becomes really perplexing.

Such doubts might also prevail when it comes to Chocolate Point vs. Seal Point Siamese cats. Well, the significant differences lie in the markings and colors.

Out of all Siamese color variations, Seal Point is the best-known variety.

There are six obvious differences between the Chocolate Point and Seal Point Siamese cats. These are:

When born, Seal Point Siamese cats are pale cream; however, their coats start turning darker as they age. Although their belly, chest, and neck may not change their color, a visible change in the color of their back is noticed as they age: the dorsal area may turn into either dark brown or caramel beige.

Chocolate Points, on the other hand, are lighter than Seal Point Siamese kitties in color. Not changing over time, they are typically hued in ivory brown. They are also found in rich cinnamon.

When Siamese are kittens, they have no difference among them; however, as they age, the Seal Point type changes its coat color, whereas the Chocolate Point type remains the same and maintains the coat color throughout its lifespan. This fact is evident from the discussion in the previous point: Seal Points turn darker as they age while Chocolate Points remain light-colored. Such an occurrence, hence, makes an obvious difference between the two types of Siamese cats.

Another obvious difference between the two types of Siamese cats is the color of paw pads. Like in the case of coat color, the paw pads are also darker in Seal Point Siamese cats as compared to Chocolate Points. To be more specific, the former has a kind of dark chocolate paw pads, whereas the latter’s paw pads are a bit pinkish.

4. There Is a Difference in the Pointed Colors

The difference between the two types’ pointed colors makes it easy to tell them apart. Seal Point kitties have much darker points as compared to those of Chocolate Points. They have a colder undertone, while Chocolate Point Siamese have brown coloration. The points include face masks, nose leather, ears, tail, and paws.

Because of the rarity, Chocolate Point Siamese bear a heftier price tag as compared to Seal Points. However, rarity is not the only factor; in fact, the demand and interest in the lighter coat and point colors also make Chocolate Points expensive.

As kittens, both Chocolate and Seal Points are priced between $250 and $600. But adult Chocolate Point cats can cost up to a thousand dollars, while adult Seal Points do not usually cost more than $800.

Chocolate Point Siamese and Seal Point Siamese are not different cat breeds but rather two different types within the same breed. The only difference between the two is the coat color, which is the result of two different genetic mutations. So except for that mutation, the rest of the history of both types is the same.

The Siamese breed is believed to be one of the oldest cat breeds. They originated in Thailand, which was then known as Siam, a name after the breed was named. According to The International Cat Association (TICA), Siamese was first mentioned in 1350 in ancient manuscripts.

Though nobody exactly knows how the Siamese made their way into the west, there certainly exist some stories about this journey. According to the New York Times, Siam’s King Chulalongkorn sent some Siamese kitties as emissaries to Europe in the 1870s. Similarly, another source states that the first Siamese was brought to Europe by Mr. Owen Gould, the British consul in Bangkok. Today, due to their recognizable and regal traits, Siamese are among the most popular cats in the world.

The first Siamese cat to live in the White House was named Siam. It was gifted to First Lady Lucy Hayes (the wife of then-president Rutherford Hayes) by an American diplomat to Bangkok, David Sickels.

Because of the short and non-shedding coat, Siamese cats are often classified as hypoallergenic cats. While no cat is 100% hypoallergenic, as Siamese cats trigger very few allergic reactions, they are considered hypoallergenic cats. They make a perfect choice for people with allergies. Lesser shedding also means that they do not need much grooming. All that these cats need is combing every week, regular ear cleaning to prevent ear infections, and nail trimming every month. A plus point is that Siamese cats are very grooming conscious and often do coat maintenance jobs themselves.

Siamese cats are not couch potatoes. They are physically active and require a lot of exercises and human interaction on a daily basis. However, note that this does not necessarily need to be very intense; simple as cuddling and playing very light games will work. To keep your cat from getting bored, you can bring her interactive cat toys, cat trees, and window perch to stare at birds.

Frisco Butterfly Cat Tracks is an attractive toy for cats. It has three levels and a ball with a rolling sound, which makes playing so much fun.

Thanks to their intelligence, Siamese cats are quite easy to train. All you need to do is to use positive reinforcements, and since these cats are willful and eager to please, your Siamese pet will train very effectively. With a handful of delicious cat treats, clicker training can be really effective in training your cat.

Here are some commonly asked questions related to the comparison of Chocolate and Seal Points:

Do Both Chocolate and Seal Point Siamese Have the Same Personality?

Yes. Belonging to the Siamese breed, both types have the same personality. To describe a few traits, these kitties are very social, vocal, affectionate, outgoing, trusting, and friendly. In addition, as discussed above, Siamese is also somewhat distinct for being very intelligent.

Do Chocolate and Seal Point Siamese Have the Same Lifespan?

Yes, both Chocolate and Seal Points have the same lifespan, i.e., 12 to 15 years. However, some sources also claim that they can live beyond 20 years.

Chocolate Point vs. Seal Point Siamese: Which One Is Right for You?

Belonging to the same breed, Chocolate and Seal Point Siamese cats share most of the features except for color, price, and availability. Seal Points, for instance, are darker, more common, and less rare. Since these differences are only a few, the right option ultimately falls upon the choice of the owners: some people like dark-colored kitties such as Seal Points, while others might find light-colored ones more intriguing. 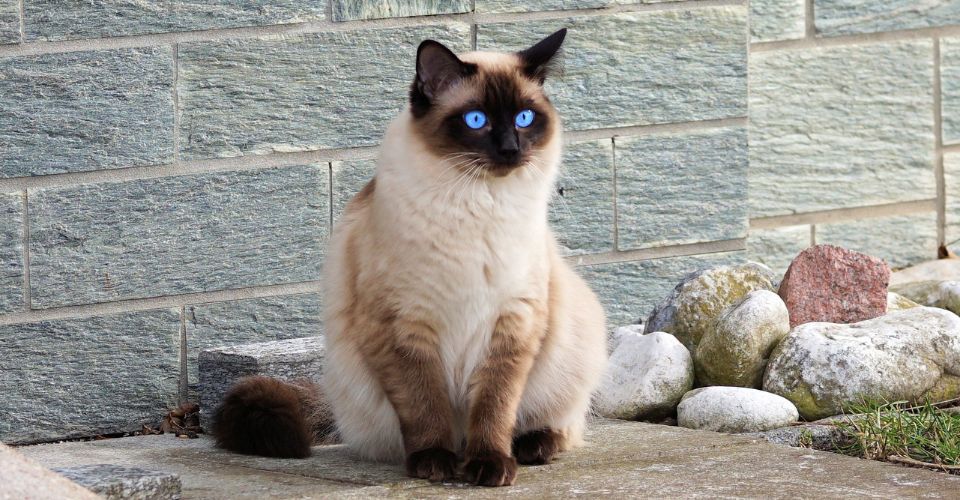 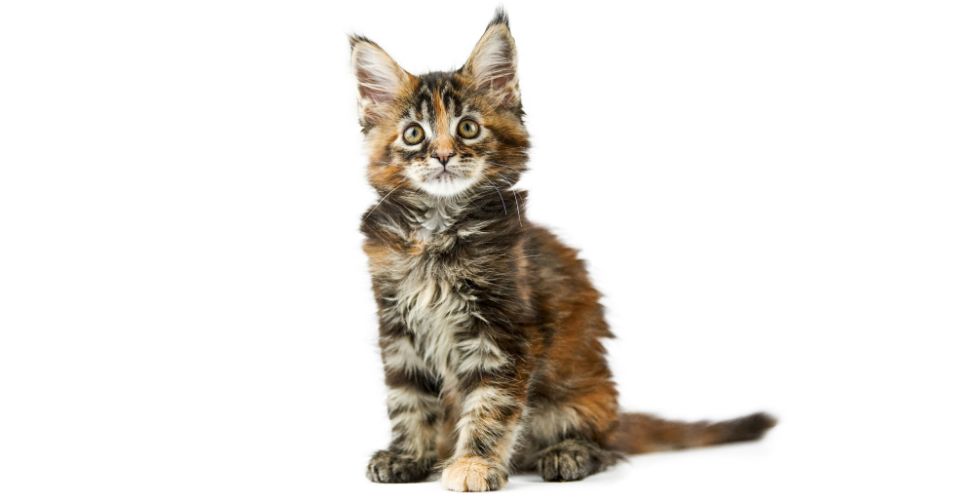 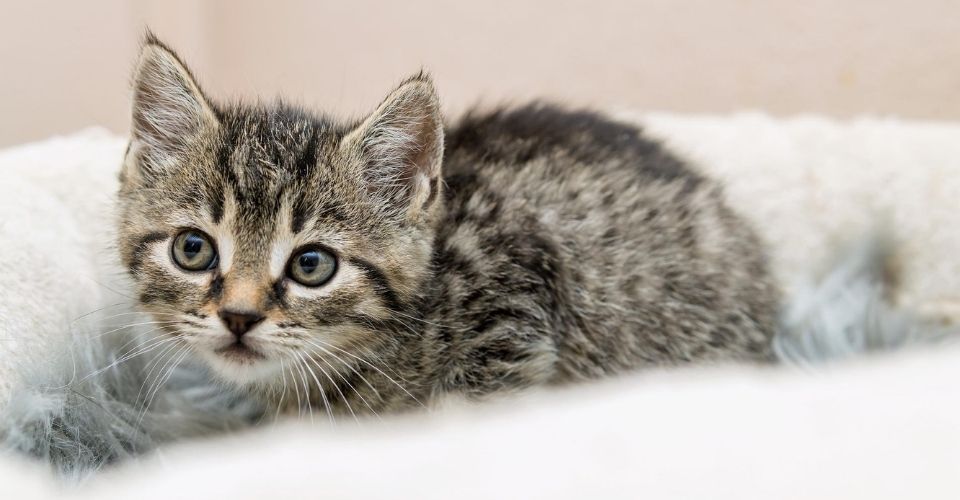 Magnificence Personified: A Profile of the Highlander Cat