The information contained in this article is for educational purpose and should not be taken as a substitute for your vet’s opinion, as much depends on circumstances and history peculiar to each pet.

The information contained in this article is for educational purpose and should not be taken as a substitute for your vet’s opinion, as much depends on circumstances and history peculiar to each pet.

Where humans shaking their heads is a sign of disagreement, cats shaking their heads signify that their ear is bugging them. Although ear infections are not as common in felines as in their canine counterparts, still your cat may get one, which can be complex and if not diagnosed and treated timely could lead to deafness or worse—facial paralysis. Therefore, cat owners must familiarize themselves with the causes, symptoms, and treatment of cat ear infection.

Has your cat been shaking her head or pawing and scratching her ears like crazy? There is probably something wrong with her—she might have an ear infection. Just as in humans, cat ear infections are discomforting and painful and if left untreated could render your cat deaf.

Sounds distressing? But there is no need to worry if you are a bit careful.

To begin with, cat ear infections are not as common as canine ear infections—most of our cats go through their life without experiencing any problems in their ears. Secondly, with a timely diagnosis, most cat ear problems can be easily treated. But that will only be possible if you could apprehend that there is something wrong with your cat ears.

To be able to do that you should learn what causes a cat ear infection, its symptoms, and treatment.

While some cat ear problems are genetically transferred from parents to offspring, others are acquired during their lifetime.

There are some cat ear problems that kittens inherit from their parents, namely:

One such congenital deformity is atresia, in which the ear canal of kittens does not develop properly, resulting in partial or complete obstruction of the ear canal. Actually, a wall-like structure is erected, blocking the ear canal and keeping the sound from reaching the cochlea. Usually, this issue can be resolved with surgery—removal of the wall—restoring cat hearing.

Another congenital deformity is “fold-ears.” In this condition, the tip of the pinna is bent either towards or away from the skull. This deformity is not often associated with deafness in cats but cats with this situation may experience skeletal problems.

Some Cats Are Born Deaf

Due to some anomaly in their genetic makeup, some cats are born deaf—like some humans are born deaf. White cats are at a greater risk of inheriting this deformity, and this probability increases further if they have blue eyes. According to research, the chances of deafness in white cats with non-blue eyes are 17 to 22 percent and if the cat happens to have one blue eye, the chance of deafness jumps to 40 percent. And if both the eyes of your white cat are blue, the incidence of deafness shoots up to 85 percent. There is nothing vets can do about this congenital deformity.

There are many cat ear problems that our cats acquire during their lifetime due to various reasons. Some of them are listed below.

Cats are mischievous creatures. While some are calm and have little to no aggression, others are always looking for trouble—they fight a lot. Such cats are at a greater risk of developing cat ear problems. They get an injury on their outer ears and may experience a condition known as a hematoma, a form of cat ear infection. In this condition, blood from the damaged vessels is collected between the cartilage and the skin covering it.

Cat ear polyps are fleshy growths protruding in the outer ear canal, often arising from the middle ear. The ear polyps are not malignant or cancerous and do not metastasize—spread to other tissues—but still, polyps could be dangerous for your cat, impairing her hearing.  The causative agent behind the development of ear polyps is constant irritation of the ear canal, which is commonly caused by chronic otitis externa. These cat ear polyps can easily be removed with surgery. But if even a tiny piece of polyp flesh is left behind, most probably it will regrow. These non-cancerous ear polyps are mostly found in younger cats.

Where cat ear polyps are prevalent in younger felines, malignant tumors mostly affect older cats. The squamous cell carcinoma is a deadly feline tumor that emerges on cats’ ear tips. It is most prevalent in cats that are exposed to harsh sunlight for an extended time. For this malignant tumor to be successfully treated, its early diagnosis is crucial—if goes unnoticed, it could be deadly.

This is the most commonly found cat ear infection. This occurs in the outer ear canal from its infestation with infectious agents—ear mites, bacteria, etc. Cats secreting excessive oils from their sebaceous glands are more susceptible to otitis externa. Actually, these secretions are accumulated in the ear canal, making it a perfect breeding ground for invading ear mites and bacteria, etc., to flourish.

Ear mite infection in cats (or otitis externa) if goes unnoticed could turn to otitis media—which is the migration of otitis externa to the middle ear. If one fails to take the cat to a vet in this situation, the infection may enter your cat’s inner ear, in which state it is termed as otitis interna. In such extreme cases, it can cause irreparable damage to the cat’s inner ear and eardrums leading to deafness—usually permanent.

Cats are stoic creatures, they are best at hiding their vulnerabilities and sickness from others. This is why many cat owners fail to tell that their cat has been sick—they only realize it when they take their cat for the annual, or any other regular, vet visit. However, there are some subtle signs of sickness that could give owners a hint that there is something wrong with their feline fella.

As discussed above, there could be many different reasons underlying cat ear infections but regardless of the cause, cats exhibit similar symptoms.

If your cat has been exhibiting the above-mentioned signs of cat ear infection, you must take her to a vet. The vet will begin the full body examination of your cat. This is because many times, a cat ear infection is often a secondary illness with an underlying systemic health issue. After the external body examination, the vet will examine the inside of your cat’s ear—looking for foreign bodies such as polyps, redness, inflammation, ear mites, malignant tumors, and other issues—using an otoscope. If there is a discharge or wax accumulated in your cat’s ear, the vet might have to first flush the ear canal. If the vet suspects that there are some underlying causes of the cat ear infection, there might be further testing, including blood testing, neurological examination, and food trials, etc.

Since there are many different causes of cat ear infections, there is no one treatment for cat ear infections. Depending on the diagnosis, the vet will decide the treatment. While sometimes simple flushing and cleaning might resolve the issue, in other cases antibiotics may be necessary, and in yet other cases, surgery is warranted.

The treatment of otitis externa in cats depends on the causative agents. To begin with, there will be a need to flush and clean the ear—freeing it of the accumulated oils and wax that are providing space for bacteria, yeast, and mites to grow.

Ear mites are highly contagious, therefore, if your cat has buddies—other pets—in the house, you must get them checked by the vet for mites and if they are good, you would have to separate them.

A polyp is a non-cancerous mass growing in the cat ear canal, which can be easily removed by a seasoned vet surgeon. If even a tiny piece of polyp is left behind, it will regrow in 2 to 3 months so the vet must perform the surgery carefully.

Malignant tumors, if diagnosed in early stages, can be easily treated but if it goes undiagnosed, it could be fatal for cats as it metastasizes—spread to nearby tissues. If the tumor has spread to the nearby tissues, extensive surgery will be warranted.

It is not really possible to prevent the development of cat ear infections. However, the chances of your cat developing ear infections can be greatly reduced by taking certain measures.

You should never miss a vet visit, even if your cat seems to be perfectly fine. Never forget that cats are stoic creatures—they hide their sickness and vulnerabilities. The vet visit is imperative to rule out the possibility of your cat developing any serious feline diseases.

How Much Does Cat Teeth Cleaning Cost? A 2022 Guide

Cat Twitching: Why Does It Happen and What Should You Do? 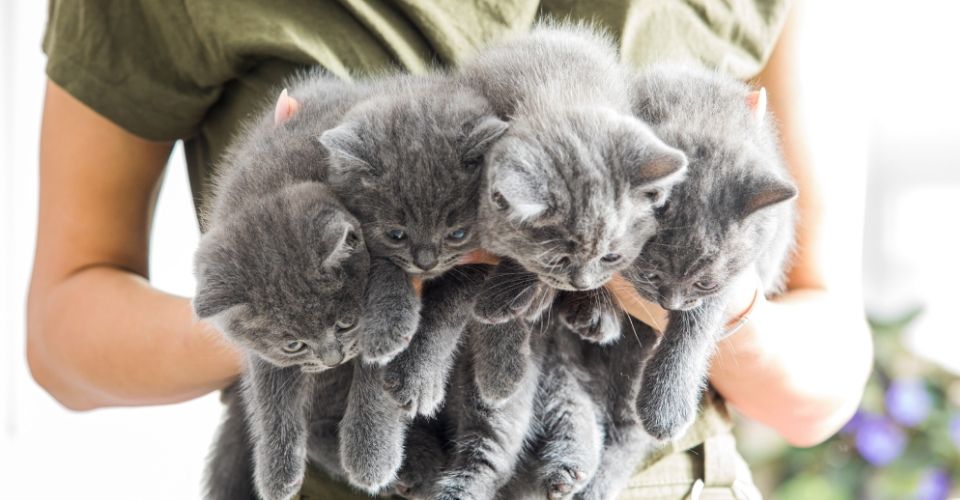 Kittens In a Litter: How Many Kittens Can a Cat Have?