Can Dogs Eat Grits? Are Grits Safe for Dogs

Can dogs eat grits? Grits are nothing but coarsely grounded corn boiled in water, which is not toxic to dogs. So, yes, our dogs can eat grits, but there are a few caveats attached. That is why you cannot just go ahead and fill your dog’s bowl with grits—your morning porridge. Read on to learn why grits could be unhealthy for dogs.

Grits, essentially, is a porridge made of corn. It’s an everyday breakfast staple in the United States and is well-liked in other parts of the American continent. We understand that every time you’re sitting down at the breakfast table, your dog comes wagging his tail and sniffing at your feet, asking for a bite of whatever it is that you are having. For instance, your dog might be drooling for a strip of that bacon or sausages. It’s tempting to offer him whatever it is that’s on your plate. It is also common to have the urge to feed your dog human food and then ponder if it’s okay for them to have it.

As far grits are concerned, here’s your guide on whether your breakfast grits are safe for your dogs to have or not.

But before going there, note that whenever you’re in doubt about certain types of food or any query, the safest route is to have a quick phone call with your veterinary doctor before going online to search. Your doctor would know your pet and his history best and will surely provide a piece of more authoritative advice. And when you cannot reach your vet, it is better to refuse your dog that certain food. It is always better to err on the side of caution.

Are Grits Safe for Dogs?

As stated before, grits are made with corn which technically is not toxic for your dog. However, corn may be hard to digest or simply indigestible for certain dogs with sensitive stomachs. To know if your dog might be one of them, it’s ideal to pop in by your vet for a quick check-up and a certified opinion.

More so, many dogs can be allergic to corn. Therefore, you have to be sure that your dog is not allergic before offering him any grits. Otherwise, dog-eating grits could be a recipe for a severe allergic reaction.

In case your dog is allergic, is he missing out on something?

Do Grits Have Any Nutritional Benefits for Dogs?

Grits make a healthy snack for humans with benefits like a guard against vitamin deficiency and iron deficiency anemia. But does the same hold for our canine friends? Do grits have any nutritional value to confer to dogs?

Truth be told, grits or corn are merely empty calories. They are loaded with carbohydrates but do not have many proteins or other beneficial content; thus, the nutritional value of corn grits is low—very low—for our dogs. On the other hand, if your dog isn’t allergic, a constant intake of corn grits may cause health and weight gain problems for your dog.

Below take a quick look at the nutritional profile of corn grits, and it will become evident why grits are not a perfect treat for dogs.

Corn grits are a habit-forming snack, which in a few cases may be provided in small unseasoned quantities, but the ideal situation would be to keep your dog away from grits.

What is Bad About Grits?

Hominy is a product of corn; it’s dried-out corn kernels that are immersed in an alkali solution being washed and their hulls removed. The alkali solution allows it to be easily digested by dogs. However, this snack is still not for dogs with corn allergies.

The digestibility factor and the fact that hominy is rich in amino acids and Vitamin B make it desirable for you to give to your dog. Dogs are allowed and require both meat and vegetables. However, hominy is not an ideal choice of vegetable for your dog.

If you’re not sure whether your dog is allergic or not, the safest way forward would be a visit to a veterinary doctor. However, you can also add a small amount of hominy to your dog’s diet. Be careful not to change any other aspects of his diet and observe if he picks up any allergies etc. The signs to look out for are ear allergies, itching, scratching, or any other variations of your dog’s behavior.

Even if your dog can tolerate hominy or corn and show no signs of inflammation or itching, it is still best to only offer small amounts occasionally as a treat.

The debate on soy being safe for dogs exists mainly in the grey as well. It’s inconclusive; like corn being acceptable for certain dogs and triggering for others, soy falls mainly in the same category.

Soy is a member of the legume along with peanuts, lentils, and peas. It is grown commercially all over the world as it’s a rich source of protein, thus favored by vegetarians.

Read: Can Dogs Eat Brussel Sprouts? The Pros and Cons

The reason why soy is preferred throughout the world is that it is extremely cheap and easily available in the market. Soy is also a cheap source of protein and is picked up greatly by pet food companies to meet the requirement of protein composition while staying on the economic side of things.

If you focus on the ingredients on your packaged dog food, you’d see soy mentioned, or you’d see labels like; soy-free. Sometimes, the existence of soy is masked with ingredients like vegetable broth, PVT, and vegetable protein.

Dogs are not Carnivores but Omnivores!

Other concerns vary from food allergies while also soy causing protein indigestion and leading to chronic deficiencies and complications for your dog’s metabolism. Complications include the risk of seizures and high blood sugar levels for your pet. Soy food allergies in dogs may lead to inflammation, itching, and even diarrhea.

When it comes to your furry little friend, it’s always best to stick with the safest side. You should always consult your pet’s doctor in case of any dietary concerns or food allergies. Ideally, they would point you in the right direction from the get-go.

You can introduce new food items to your dog’s diet in minute quantities to deduce their reaction, but a little goes a long way when it comes to grits and soy. A small portion to a non-corn allergic pet, on rare occasions, will not hurt. An increase, on the other hand, is simply equivalent to pumping hollow carbohydrates into your pet. Thus, it is best to steer clear of soy grits as well.

How to Feed Grits to Dogs?

From the above discussion, it has become obvious that our dogs can eat grits if they are not allergic and do not have any weight-related problems. So if your dog is in the clear, here is how to feed grits to him.

An allergic reaction in a dog is triggered when the immune system of the dog perceives a certain food as harmful and thus initiates the defensive mechanism to fight the enemy (misperceived harmful food). Dogs can be allergic to many things. Below we have listed some of the most common allergic foods for dogs.

Believe it or not, beef is one of the most common causes of food allergies. Some dogs may even be allergic to turkey. Similarly, though it is quite rare, our dogs can be allergic to peanuts and almonds. Grains like bran, wheat, and barley are also known to cause adverse reactions in your dog’s digestive tract.

However, healthier alternatives are just around the corner. Oatmeal is one of the nutritional carbohydrate-rich meals that is vital for your furry babies. According to petMD, it’s best to provide your dog’s non-flavored and plain oatmeal in moderation to ensure a full diet.

Yes, dogs can eat grits, but there are many caveats attached. To begin, many dogs are allergic to corn/grits. Second, grits are a bit difficult for many dogs to digest. Third, grits are loaded with empty calories—it has little to no nutritional value to confer. Fourth, it might make your dog susceptible to weight gain.

Therefore, even if your dog is not allergic to grits and does not seem to have any problem digesting grits, you should still fee it to your pup sparingly—occasionally in small amounts—as a treat. 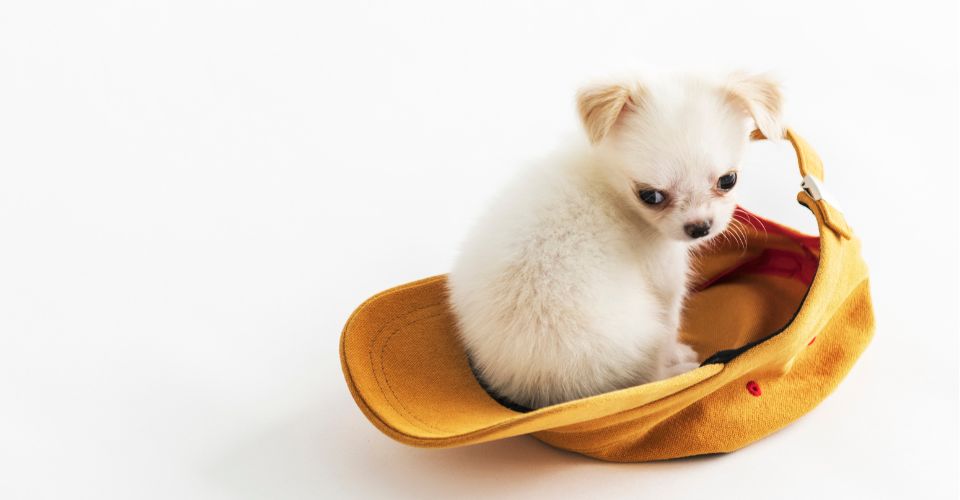 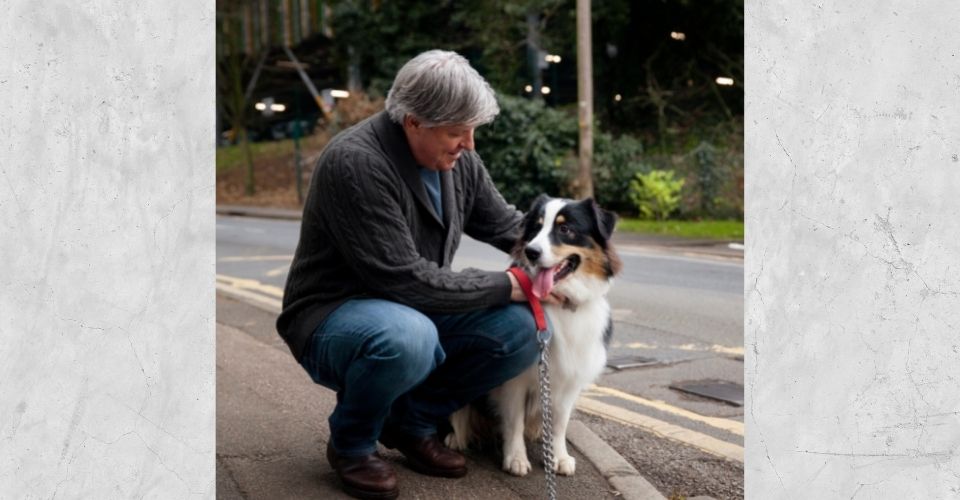 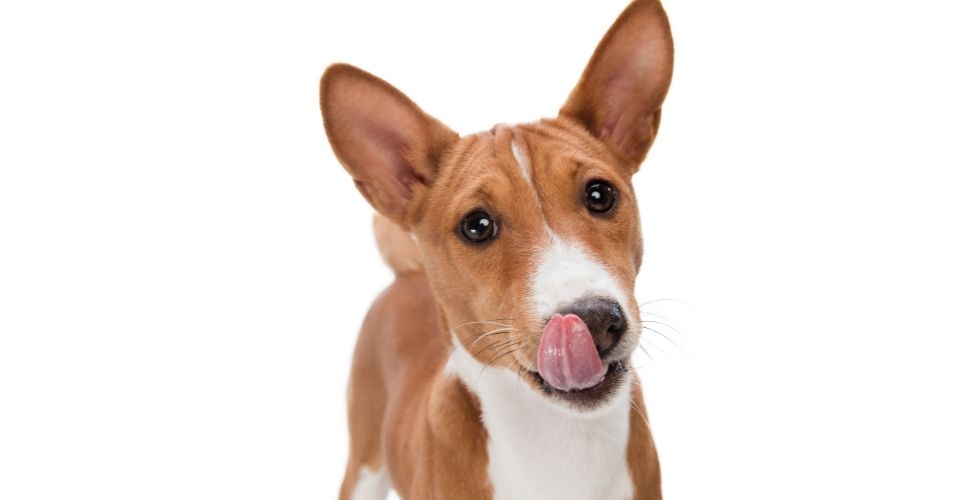