Can Cats Eat Duck Wings? Are the Wings’ Bones Safe to Eat?

Meat consumption is a matter of survival for cats. They need essential amino acids and nutrients like taurine for a healthy body and the ability to reproduce. But the type and state (raw/cooked) of the meat served continues to be up for debate. One such query is, can cats eat duck wings?

If you think of it, duck wings are just another set of boney meat, like chicken wings for cats, and it should not be a big deal to feed it to cats. The problem, however, lies precisely in the bone content, besides concerns about the suitability of the duck meat that worries concerned pet parents.

So let’s find out if it is ok to feed your kitties some crunchy duck wings or not.

In principle, duck meat is an excellent source of necessary nutrients, such as iron, magnesium, omega fatty acids, B vitamins, and vitamin A. So, yes, cats can eat cooked, deboned duck meat; it does not matter if it comes from the wings or otherwise. On the bright side, investing in the wings alone instead of the whole duck can be an economical option.

But feeding the whole wings is certainly not a good idea for a couple of reasons. Despite the argument that cats used to feed off both the meat and bones of their prey, it is advised against giving your cats any bones. The reason is that bones have the potential to damage your feline friend’s teeth. If they miss that, they still could splinter into smaller pieces and get lodged within the intestinal tract or elsewhere in the body.

And if you think cooking could solve the problem, think again, as the bones get even more susceptible to fracture once cooked. Seasoned owners explain that cats do not go after bones and leave them if they are hard to chew. But to be on the safe side, debone the wings before

Duck meat is a highly nourishing lean meat, brimming with protein, Omega 3 & Omega 6 fatty acids, Vitamin A and B, and minerals, such as iron, magnesium, phosphorus, potassium, selenium, and choline. Cats benefit from the premium quality protein and amino acids necessary for the regular growth, development, and healing process.

Although notorious for harboring a relatively higher degree of fat, the typical store-bought duck has usually lesser fat than a store-bought chicken. The omega-fatty acids do their job in regulating a healthy and shiny coat and skin, lowering susceptibility to inflammation, and maintaining joint health.

Vitamin A is essential for the good health, coat, and regular functioning of the feline body. Vitamin B-12 is responsible for regular enzymatic functions. Thiamin (vitamin B1) promotes carbohydrate digestion and the nervous system’s functioning. Niacin (vitamin B3) is critical to a robust gastrointestinal tract and nervous system. Whereas riboflavin (vitamin B2) facilitates regular growth and development, besides the coat health of your tiny friend.

The mineral stash of this fowl is equally impressive and has important roles to fulfill. It has iron, which is necessary for hemoglobin production, thus eventually blood regulation and sufficient oxygen supply.

Magnesium promotes the absorption of several other minerals, including calcium and potassium. Potassium itself strengthens the bones and participates in transferring food to energy.

Choline is a constituent of the cell membrane, regulates liver fat via its transportation, maintains kidney, liver, and heart health, and regulates neurological transmission. Selenium, on the other hand, protects the feline body against oxidative harm and promotes immunity.

3 Risks of Feeding Duck Wings to Your Cat

Duck wing in itself does not pose harm to your kitty when fed in proportion; however, the bones can be a pretty risky affair. Already larger than chicken wings, duck wings, like any other bone, could splinter and present a choking or another hazard.

Research shows that the bones related hazards of feeding a raw diet to cats and dogs have resulted in 30% – 80% of the foreign bodies found in the canine and feline esophagus. Besides the esophagus, they could also cause either piercing or blockage in the small intestine, stomach, and colon.

Claims that raw bones are less likely to pose these problems are not backed by research.

Raw meat treats or meals for cats are gaining popularity despite experts’ warnings. Proponents argue that the ancestors of the modern cat survived via hunting and were certainly not cooking the carcass before devouring it. But the fact is, modern cats have been domesticated for thousands of years and may have an immune system that evolved quite differently from their wild counterparts.

Not only does it put the cats at the risk of getting sick from these pathogens, but also the humans, particularly the immunocompromised ones. Even if these microorganisms fail to cause sickness in their hosts, they could still multiply in their bodies and would be distributed via fecal shedding, putting unsuspecting humans at risk of exposure.

It is for this very reason that pets given raw meat-based feed have been barred from participating as therapy animals in the Delta Society’s Pet Partners Program.

3. Nutrient Deficiency When Cats are Fed Duck Wings as a Meal

When given the right way, duck wings are highly nutritious but incapable of supplying all the necessary nutrients a cat needs for its healthy growth and development. So, if pet parents attempt to come up with their recipes or pick up something from the internet to supposedly feed something more nourishing, it could be counter-effective.

There is a reason why entire teams of qualified veterinary dieticians design the feeds produced by commercial manufacturers. They are also required to publish the Association of American Feed Control Officials (AAFCO) statement to meet standards for either minimal survival or an active, healthy life. These comprise the list of nutrients and their percentages complying with the standards for each stage of the feline life.

But the meals prepared using online recipes or self-created concoctions do not live up to these standards. The greatest drawback of such practices is the lack of sufficient nutrition in the cat’s diet. Skipping a balanced meal can deprive your furball of the essential nutrients it needs. Therefore, it is necessary to treat the duck wings as sporadic treats and not as substitutes for a meal.

How to Feed Duck Wings to Cats

Duck wings are a treat, but it does not mean they should not be handled with respect. They still need to be cooked and, as discussed extensively, deboned to keep them safe for your bundle of joy.

It is advised to resort to boiling meat in the complete absence of any seasoning or oiling. The explanation for that is that adding spices and herbs is detrimental to the health of your cat. Keep in mind that duck meat takes longer to cook and will need a bit more attention to ensure it remains soft and juicy while thoroughly cooked by the end.

Make sure to use freshly procured raw duck wings instead of the frozen wings meant for human consumption, as preservatives used in those products can have negative implications for the kitty. Also, thoroughly clean and wipe the surfaces and utensils that come in contact with the raw meat before proceeding to something else.

How Much Duck Wings Are Enough?

Cat treats should not exceed more than 10% – 15% of the overall food, and duck wings are no exception. Another recommendation for offering these treats is to split them up and offer them in tiny batches instead of giving them all at once.

It helps that the wings need to be deboned before serving and, therefore easier to split into small proportions than having to split them with their bones intact.

Yes, cats can eat duck wings provided they have been thoroughly cooked via boiling, do not include any seasoning or condiments, and have been deboned before serving. Also, the meat should only be served as a treat and not as a meal replacement. 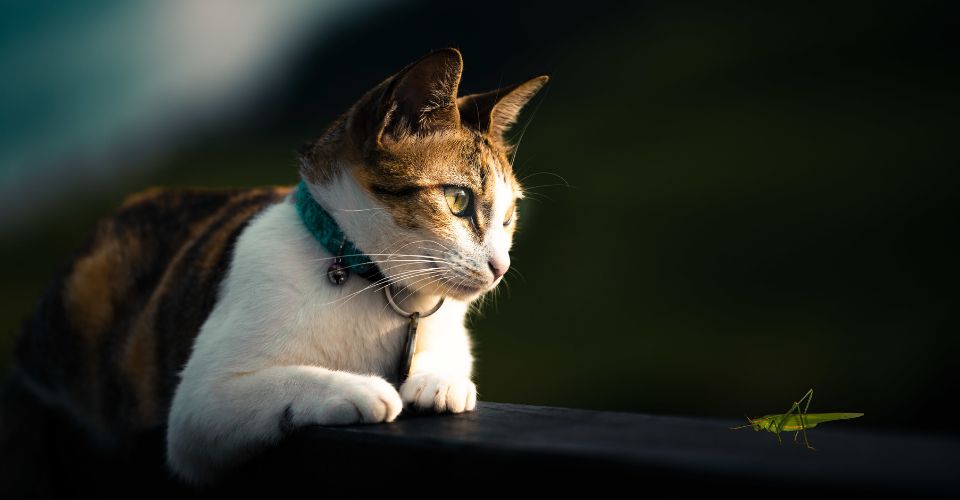 Can Cats Eat Butterflies? Why Do Cats Hunt Insects? 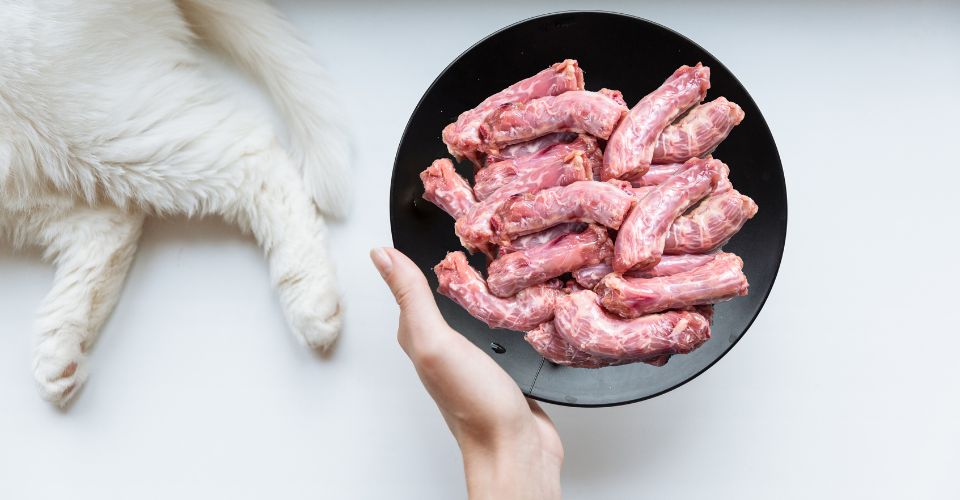 Can Cats Eat Chicken Necks? All You Need to Know! 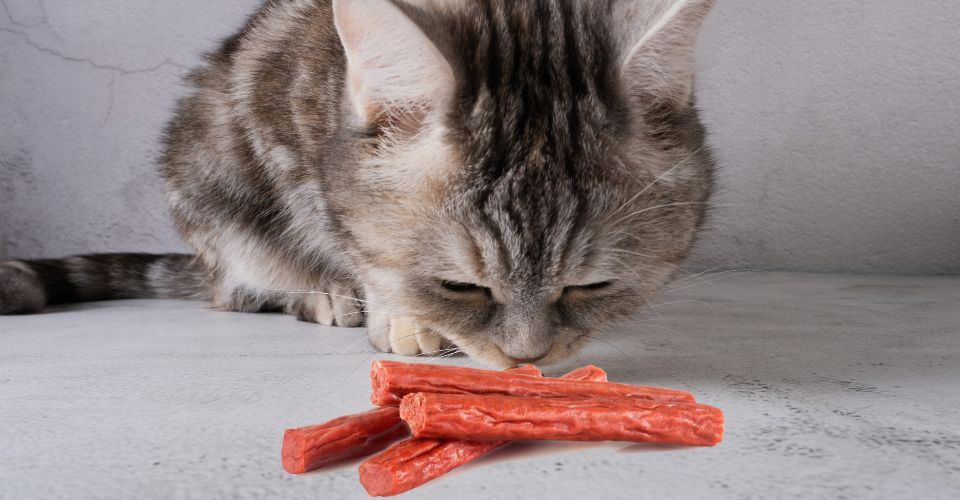 Can Cats Eat Slim Jims? 5 Reasons Why They Are Bad?