Can Cats Drink Almond Milk? Is it Safe?

Milk and cats–seems like a good combination. But is milk safe for cats? What about non-dairy milk? Can cats drink almond milk?

Many children’s books, artworks, and cartoons have been depicting milk as if it is a balanced diet and a favorite treat for cats. Have you watched the Tom and Jerry Show in your childhood days? Do you remember the bowl of milk always lying beside Tom’s place? Ah! Jerry always used to steal Tom’s milk, and one time, the baby elephant drank all the milk. Let’s not go further down childhood memory lane and get back to milk and cats.

For humans, the benefits of milk abound—it is considered a basic part of a balanced diet, having the required nutrients. But does the same hold true for cats? Most importantly, can cats drink almond milk?

The world is moving away from cow’s milk to non-dairy, plant-based milk such as almond milk, soy milk, and coconut milk. People are ditching dairy milk for various reasons, ranging from animal welfare to medical issues such as lactose intolerance and sustainability.

Among plant-based milk, almond milk is the most popular in the United States. As of July 2018, the total retail sale of almond milk amounted to $1.2 billion. In contrast, soy milk was a distant second with total sales worth only $230 million, according to Statista.

Almond milk can be found almost everywhere—from grocery stores to coffee shops. Most probably, there is some in your fridge as well. And you might have considered pouring some in your cat’s bowl while pouring milk in your cereal bowl. But the thought of its safety for cats might have stopped you.

There are many cat-safe human foods, let’s discuss if milk is one of them.

Can Cats Have Dairy Milk?

No! Cats cannot have dairy milk. Like some humans, most cats are also lactose intolerant. They do not have the necessary enzyme, lactase, to break down the lactose sugar present in cow milk. Actually, as soon as the breastfeeding period ends, kittens gradually stop producing lactase. This is the reason that after a kitten’s breastfeeding period is done, they should not be given milk, recommends Charlottesville Cat Care Clinic. Knowing that cats are lactose intolerant and cannot have cow milk, you may be curious to know if almond milk is safe for cats.

Knowing that cats are lactose intolerant and cannot have cow milk, you may be curious to know if almond milk is safe for cats.

Yes, cats can drink almond milk as it does not contain any lactose sugar that will cause trouble for our lactose intolerant feline friends. But one should keep in mind that almond milk is safe for cats as far as it is being given in moderate amounts.

More so, you should not make almond milk an integral part of your cat’s routine diet as it contains high-fat content, which could upset our cats’ stomachs. The increased fat intake would also increase the chances of our furry friends growing obese and developing related health issues.

Almond Milk is Not Actually Milk!

The truth is, almond milk is not milk at all. Only almonds and water is used to make the almond milk. Given that no milk or dairy product is used in making almond milk, it has no lactose sugar.

Unlike dairy milk, almond milk does not contain lactose sugar that your cat is intolerant to. Therefore, if your cat has been asking for a sip of almond milk in the breakfast, you can pour some in her bowl.

Most cat owners are tempted to share the leftover cereal milk with their feline friends. But it is advised that you do not share the leftover milk in your cereal bowl with your cat as it’s extra sweet—containing the sweetness of cereal as well.

No Leftover Cereal Milk for Cats!

The leftover cereal milk has higher sugar content. It also contains artificial flavors and sweeteners that are used in the manufacturing of cereals, which are unhealthy for cats. Moreover, sharing the leftover milk with your cat would become an everyday thing, but our cats cannot have almond milk daily.

Can Cats Have Almonds?

You might have heard the rumor that almonds are toxic to cats. Have you heard it before?

The almonds that are widely consumed in the United States are sweet. And sweet almonds are not toxic to cats, according to the American Society for the Prevention of Cruelty to Animals (ASPCA).  However, since almonds are not an integral part of a cat’s diet, you should give them sparingly as a treat to your cat. Giving one or two almonds to your cat should be fine—but not more than that. Otherwise, the high-fat content of almonds can cause digestive issues in your cat.

Do not throw them a whole almond. It poses a choking hazard and may also cause obstruction in the cat’s gut. When treating with almonds, break them into smaller pieces before giving them to your cat.

No, baby kittens cannot drink almond milk. They should only be drinking their mother’s milk. That is the only healthy milk for kittens. But if the baby kitten is an orphan or you have rescued her from the street and have no idea where the mother cat is, you will be anxiously looking for milk replacer for kittens.

Well, you cannot give them cow milk for the obvious reason stated above—lactose intolerance. And almond milk is also not a suggested kitten milk replacer as it cannot fulfill the nutrient requirements of kittens.

Kittens have very fragile and sensitive internals at a young age; therefore, vets strongly advise that cat owners avoid giving them any milk other than their mother’s milk.

According to PetMD, PetAg KMR liquid and Hartz KMR powdered formula are some best options for kittens who are too young to eat any solid food and need to drink milk to get appropriate amounts of nutrients.

What’s not to like in almond milk? It is refreshing, creamy, and has a delectable nutty taste—it’s to die for. Most cats look forward to their owners pouring some almond milk in their bowls for breakfast.

So, cats lie almond milk—it’s a guilty pleasure for them. But they do not know what is good for them and what is not. Therefore, as responsible feline lovers, we must never give them any dairy product and only little amounts of plant-based milk such as almond milk.

Is Almond Milk Bad for Cats?

We have already discussed that almond milk does not contain any lactose sugar that cats are intolerant to, so it is settled that almond milk is not innately toxic to cats. However, it could still be harmful to your cat’s health if consumed in excess.

The high amount of fats and oils present in almond milk may upset your cat’s stomach, leading to bloating, vomiting, and diarrhea. In addition, by feeding it to your cat, you are giving her extra calories, which can make your cat obese. Already 30 to 35 percent of the feline population is suffering from obesity, according to VCA hospital. These obese cats are more prone to developing heart diseases. To ensure that your cat does not become a victim of obesity and stay agile, you should avoid frequently giving her unnecessary treats such as almond milk.

How to Give Almond Milk to Your Cat?

We all have some guilty pleasure.

Milk is like a guilty pleasure to cats. So if your cat has developed a taste for milk, there is no better option than almond milk—natural almond milk containing no artificial sweeteners and flavors.

But while giving your cat almond milk, you should remember “moderation is the key.”

But the moment your cat starts exhibiting the following signs of sickness, stop giving her milk and take your cat to the vet at the earliest.

Things to Consider When sharing Almond Milk With Your Cat:

No store-bought milk for cats as they contain artificial flavors and sweetenersOnly give them fresh, homemade almond milk—plain almond milk—devoid of an add-ons Consult your vet, if your cat has any health conditionModeration is the key—give your cat almond milk in small amounts and occasionally (once or twice a week)No leftover cereal milk for cats—it contains extra sugar and soaked up artificial sweeteners of cerealsBe mindful of the caloric intake of your cat—excessive caloric intake would make them obeseIf your cat shows any signs of sickness, stop offering her almond milk

Almond milk is not only safe but also healthy for cats, provided it is only consumed in moderate amounts—sparingly as a treat. Drinking in excess would lead to the development of gastrointestinal issues and would increase the chances of obesity in cats. More so, leftover cereal milk or store-bought almond milk is a definite no-no for cats as they contain artificial sweeteners and flavors, which are unhealthy for cats. 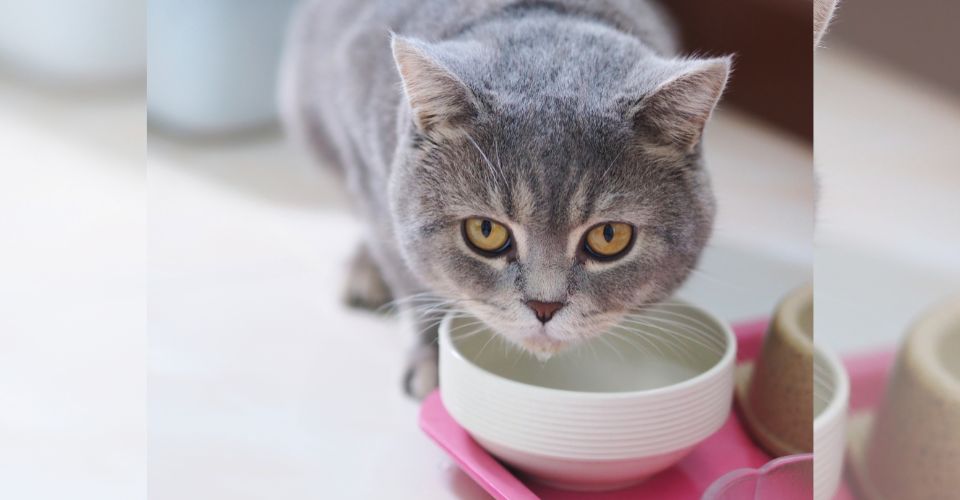 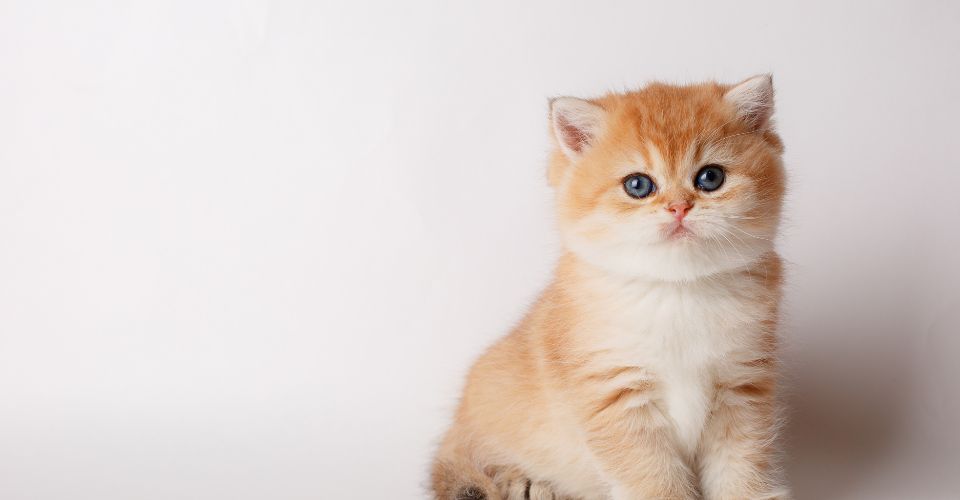 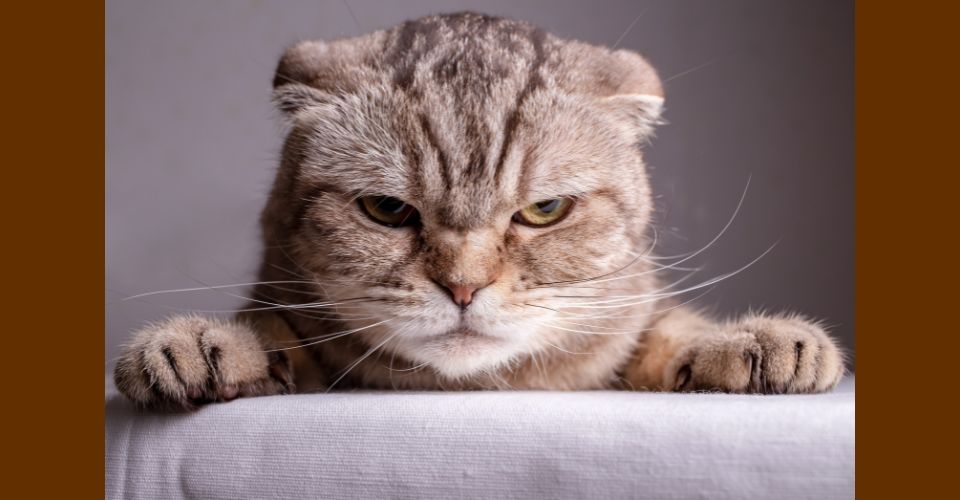 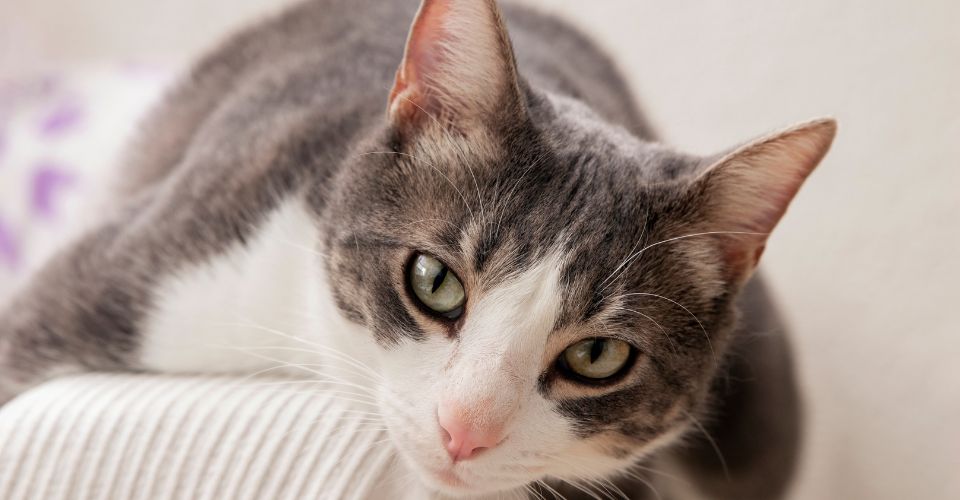