Tail Loss in Geckos: What to Do When a Gecko Drops Its Tail?

Geckos are reptiles that may be found on all continents, with the exception of Antarctica. Their tail, which is a fascinating body feature of the reptile world, has gotten a lot of attention throughout the years, especially the tails of Leopard geckos and day geckos. They have a natural mechanism that allows them to “drop” or “lose” their tails when they are threatened by predators or their surroundings.

The process of losing or shedding tails is known as autotomy, more commonly known as tail drop or tail loss in geckos. But should you be concerned by the tail loss?

What to Do When Your Pet Gecko Loses Its Tail?

Fortunately, the tail drop is a natural phenomenon that means that your pet itself loses its tail and should heal through it just fine. While the tail grows back, however, there are a few things you can do to ensure it does grow healthily.

As a first-time parent of a gecko, you might be worried as well as surprised by a tail drop if you try to grab your gecko by the tail or grip it too tightly when it’s trying to run away. The detached tail will shake, jiggle, wiggle, and twitch on the ground as though it were still joined to the gecko’s body. While this can be alarming, it’s important not to be frightened and know what to do in such a situation. Let us help you learning through the gecko parenting process.

Most of the time, geckos heal well on their own after they shed their tails. However, there are a few things you can do as a loving parent to your pet to ensure that the process of loss and regrowth goes as smoothly as possible.

Firstly, do not panic if you are a first-timer. Make sure you provide first aid to your gecko as soon as possible in this situation. That is, if you are keeping your gecko on a loose substrate, such as sand, dirt, or wood shavings, you will want to remove it all and dispose of it all outside. Leaving the gecko on the loose substrate will open the possibility of the wound being infected as the loose substrate can get into the open wound and further cause an infection which we need to prevent.

Build Up a Hospital Tank

Secondly, you will also need to build up a hospital tank, which you can do by switching the gecko substrate to paper towels until the tail grows back. It can assist in keeping the wound clean and free of external infections. Additionally, change the paper towels as often as possible, and keep and maintain an optimal temperature, lighting, and humidity as a result of the above. You’ll also want to make sure that its habitat is as pleasant as possible during the healing process so that it can renew its tail quickly and effectively.

Handling of Your Gecko

Make sure you are very gentle with your gecko while handling or transferring it to another tank. Let them crawl to you or pick them up gently by putting your fingers under their midsection; always let them take the first move. Don’t move them around forcibly; make sure they are comfortable first before you begin to handle them.

Be Careful About What You Feed Them

Continue to feed your gecko in a healthy environment. Keep removing any remaining food after 15 minutes to ensure that everything you give it is fresh and has not been around for too long. Keep an eye on your gecko on a daily basis, so you can get an idea about any wounds or signs of infection.

If you suspect any sort of infection, take your reptile to a licensed, well-known reptile veterinarian right away and administer a veterinarian-approved antibiotic. While first aid and at-home care are usually sufficient for experienced reptile owners, if this is your first time dealing with an injured or infected gecko, seek the advice of your local reptile veterinarian.

Similarly, reduce the amount of time you handle your geckos. They aren’t used to being touched a lot; therefore, make sure there is no unnecessary touching and handling.

How Easily Do Geckos Lose Their Tail?

When a gecko faces a life and death kind of situation, its body involuntarily prepares the tail for the drop. It doesn’t matter if the predator was actually going to hurt or not; its brain is not going to differentiate and categorize different types of threats. Instead, their body automatically prepares its tail to drop off in an act to distract the predator. The tail loss or drop works as a defense system for geckos, and hence although they do easily shed their tails, they naturally also grow it back.

Gecko owners often are concerned about the tail drop in their geckos and, whether leopard geckos feel any pain while losing their tail or not? Geckos do not feel pain when their tail is dropped, but it can be considered a stressful event for your pet.

Leopard gecko’s tail has fracture points surrounded by rapid vasoconstricting muscles. That means that as soon as the tail drops from these fracture points, their muscles shut themselves off fast to prevent blood loss and pain.

Though it doesn’t cause pain, you should actively try to prevent your Gecko’s tail from being dropped as much as possible.

Young geckos are very naïve and new to adapting to their body functions. Thus, they are easily scared and stressed by everything, especially if they are surrounded by new species or with a lot of other reptiles in the wild. In captivity, they will initially be frightened by you, other fellow gecko mates, or any other thing they recognize as a threat.

In response to such stimuli, they drop their tail.  However, after spending a certain amount of time with them, they start being at ease with their surroundings and people around them; they begin socializing with people and other species in time and feel more at comfort, preventing excessive times of tail drops.

Adult geckos, on the other hand, don’t lose their tails as often. They easily get adjusted to their stress levels and surroundings. Although, if they are new to their surroundings, they might get spooked and drop their tails.

This relaxed state of geckos is often observed when they are in captivity, not in the wild. In captivity, they don’t expect natural predators, especially if it is living alone, kept in the same environment, and interacting with the same bunch of people. However, if you keep a bunch of your pet geckos together, it can cause distress to each one of them. The adult geckos often bully young geckos.

The Importance of Tail In a Leopard Gecko’s Body

Even though the tail appears to be the least important portion of their body, it is one of the most important ones. The thickness of a gecko’s tail determines its overall health.

They lose their tails as a protection technique to divert their predators’ attention away from them, allowing them to escape unnoticed obstacles. However, dropping a tail and growing it back takes time and energy.

How Long Does It Take for a Gecko To Grow Its Tail Back?

It is important to know the process of how your pet grows its tail back to make sure nothing out of the ordinary happens in the process. The process takes about two to two and a half months for a gecko to completely regrow its tail.

After 3 – 4 weeks, the wounds close down, and a new tail begins to develop. However, the new tail might not resemble exactly the first one. Each regenerated tail is not very similar to the previous one.

Some don’t even have the same fracture points after the regeneration process. This means that the fracture points would be moved a little further than the original fracture points. Also, the new tail which grows back will be shorter, dull, and of a different color compared to their skin. Their new tail will be made only of cartilage and no new bones.

How to Prevent Tail Loss in Geckos?

Although this mechanism of losing tail in geckos is completely natural, you should still try to prevent the tail loss as much as possible. Here is what you can do.

Is a Tailless Gecko Less Valuable?

A tailless gecko is still an amazing and terrific pet to have! Your gecko may have a little trouble jumping here and there for a few days but will soon learn how to balance and enjoy life without a tail.

However, there is a lot of concern regarding the breeding of a tailless gecko. Well, losing a tail does not affect breeding; thus, most breeders will still buy a tailless gecko. However, the only trouble might be in the cases where someone wants a “display” or desires a show gecko. A gecko not having a tail may be considered a cosmetic and aesthetic “flaw” and not an injury and in no way affects the health of the geckos.

Should I Force a Tail Drop?

Never ever force your gecko to drop its tail. It will cause them distress. This in return can be alarming for you as well, as your pet will never be comfortable with you again.

Would the Tail Regrow if the Tail is Cut?

Cutting a tail and naturally losing it are two completely different things with totally different meanings and consequences. When they shed their tail, it is through a process whereby they can regrow it later. If you do it by mistake, you might cause irreparable injury to its tail. It may not regrow the way it does after they themselves lose the tail—or it may not regrow at all. 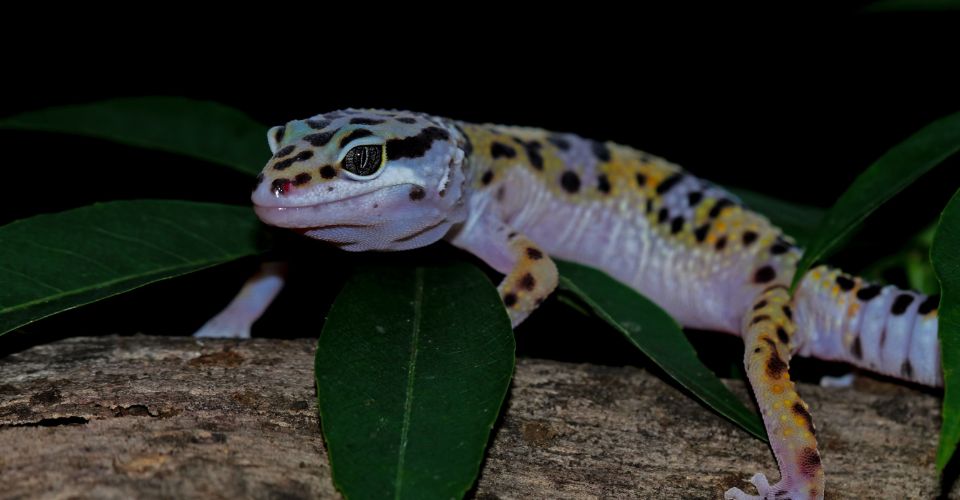 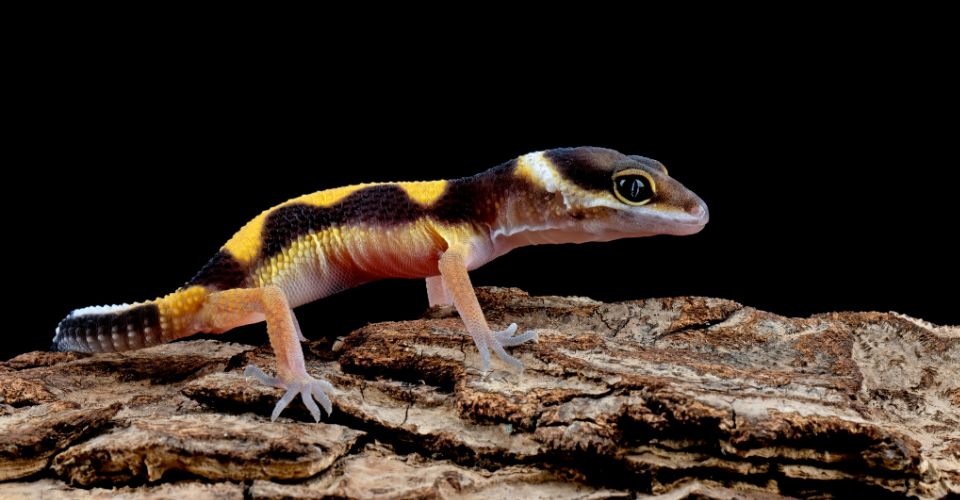 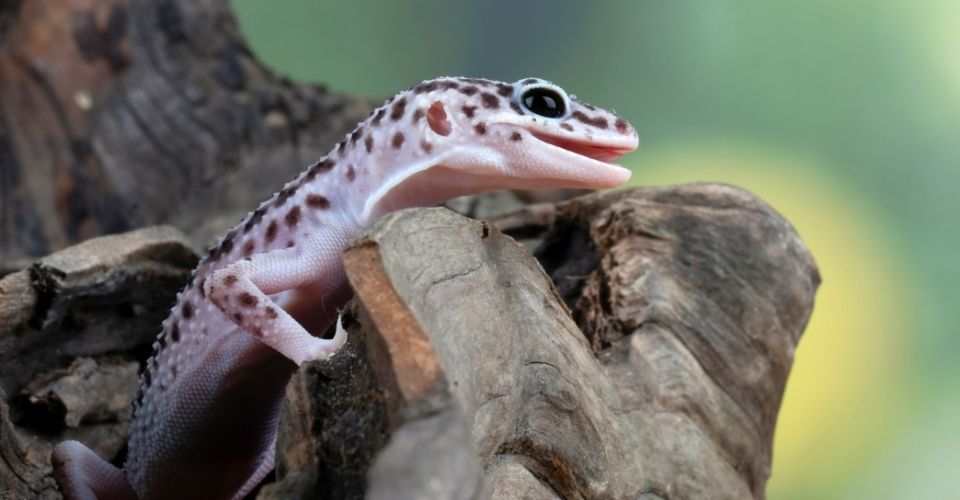