Hamsters are cute little rodents that make great pets. People love them because they are so adorable and do not need a lot of attention. But the charming pets have a dark side: they eat their babies. Understandably, it is frustrating. New owners gasp in horror, trying to put together the best explanation for why hamsters eat their babies.

It’s terrible, we know, but these are not isolated events. Understanding the root cause of the problem can help you avoid and, in the worst-case scenario, navigate such awful incidents much better. Read on to delve a bit deeper into hamster behavior psychology and find your best options.

Why Do Hamsters Eat Their Babies?

Hamsters commit homicide mostly in captivity. There are not enough studies to prove whether or not they show such behavior in the wild. Nonetheless, they kill their babies under certain circumstances. Noticed especially among young, first-time mothers, the killing could be prompted by the overwhelming sense of sheer responsibility.

Other explanations include fear, stress, hunger (after birth), limited food resources, poor health, crowded spaces, or because someone touched their babies and they do not recognize them as theirs anymore. In some instances, mothers would carry them in their mouth to transfer them and forget that they are in their mouth and end up killing and eating them. Male hamsters too show odd behavior and kill their babies if left in the same cage.

Looking At It in More Detail

So hamsters eat their babies. It is indeed awful, and we briefly went over the reasons, but it is not something so easily digestible. Below we will go over all the reasons to help you comprehend the phenomenon.

One of the reasons hamsters eat their babies is because they are stressed. The stress could root from many possible reasons, one of which is too much disturbance by their human companions. These rodents need as much privacy as possible during delivery to post-birth, extending up to weaning. Until that time, visiting them often, subjecting the mother and litter to photo-shoots and similar activities can put the mother under incredible stress. And the best thing she can think of to avoid it is to eliminate the source, her babies.

Hamster infanticide is more likely to occur among young first-time mothers. The responsibility of motherhood and rearing the litter can be too overwhelming for her. And if she feels like caring for all of them is too much, she can pick and choose the ones that live and the ones that do not. Once she makes the decision, she kills the ones less desirable and feeds them to the entire family. Note that the hamster does so as a sacrificial act and not as an act of brutality.

If you do not provide enough food and water resources or even treats, a hamster mother believes that her family needs to compete for these resources. Assuming it to be the ultimate test for their survival, she sacrifices some for the good of the rest. Hamsters make these decisions instinctively, ensuring that some of her children manage to thrive at the cost of the others.

Hamsters need lots of space to live comfortably, where they can stretch their limbs and burn their extra energy. A single litter may comprise 6 – 12 babies at any given time. So the living space becomes too cramped all of a sudden with the arrival of the litter. Hamsters are known to suffer from cage rage, a condition in which they tend to show aggressive behavior like chewing the cage bars and biting their owner’s hand when housed in a space smaller than their requirement. Putting the mother hamster in such a situation can also force her to make more space available for herself by killing off her litter.

Birthing is an exhaustive and physically taxing process. Hamster mothers are drained of energy post-birt. If the owners have not planned for the situation, they may replenish their dwindling energy resources by consuming the litter they just produced.

Hamsters may kill their babies because of the poor health of some babies. Hamsters rely on their instincts to assess which babies have a better chance at survival. If some babies appear weak or deformed and the mother believes that the baby may not lead a healthy life if it survives, she compensates by executing mercy killing for the physically inept.

Hamsters have weak eyesight and rely on scents to navigate their day. So, if an excited owner tries to hold the baby, even touches it, the baby is compromised. Killing one’s babies because the parents do not recognize them as their own after somebody touched them is a behavior reflected in other members of the animal kingdom as well.

Hamster fathers do not have a nurturing role in their families. Considering that hamsters display cannibalism, the father may try to get the mother’s attention. Given their instinct to kill members of the same species in situations of fear, stress, or while competing for attention, keeping fathers in the same cage as the mother and her litter can prove deadly.

Things You Can Do To Prevent It

Now that you have a better understanding of their behavior, it is time to learn what you can do to prevent it.

1. Do Not Cause Stress

First and foremost, you know that stress can send the mama hamster on a killing spree of her kids, so eliminate all causes. As soon as you find out that your hamster is pregnant, tread with caution around her. Once labor is induced, minimize your interaction with her to a minimum. Hamsters need lots of privacy during birth and nursing. Ensure you provide it by watching from a distance if she is doing okay, and contact your vet for guidance if you notice she could use some help.

As soon as you learn that your hamster is pregnant, look for a new bigger cage where she can live comfortably with her kids. Provide thick bedding sufficient for the mother and babies to be delivered. The gestation period of a hamster ranges from 16 to 22 days. To make her feel at home, transfer her well in advance.

Since you are not supposed to get too close with the mother and babies, provide enough food, fresh water, and bedding for the entire weaning period. Also, your hamster will need hiding spots to give birth and keep her babies, so make arrangements for that while ensuring you can keep an eye on them.

One of the primary reasons underlying hamster infanticide is the lack of a sufficient diet for the entire family. Also, these rodents are low on energy after giving birth, making them very hungry. Offer them a diet rich in protein pre and post-delivery to keep them in good shape. Some options include unseasoned cooked chicken, eggs, and other items. Weaning takes two weeks, so fill up her living space accordingly.

Remove father hamsters from the cage once a pregnancy is detected. They have a reputation for killing their babies for reasons like competition for food or the mother’s attention. If not competing for the mother, they may want to mate with any of the female babies once she matures, and for that too, they may kill the rest.

5. Do Not Touch the Babies

You do not want to pollute the babies’ scent by touching them. Once rejected, not only would they be neglected, but they may also end up losing their lives. But you still need to provide food for them. Feed them solid food moistened with water from a spoon. Make sure your hands are clean, scent-free, and covered with gloves while you do so.

6. Remove the Babies Once Weaned

Put them in their separate cages once weaned. It takes roughly 22 days for the baby hamsters to wean. They would have grown a layer of fur by this time and would be able to fend for themselves. Even though breed or two is known to live as a community, overall, they are territorial, and keeping them in the same cage could prove lethal. Once removed, they are ready for adoption unless you want to keep them.

7. It Is Still Going To Happen

Despite all your precautions, it is something that will inevitably happen. You cannot prevent all bad things from happening. Hamsters kill their babies, and they do not share parental feelings similar to humans. You should take all your preventive measures but prepare yourself if something horrible does happen.

Final Words: Why Do Hamsters Eat Their Babies?

Many pet owners are frustrated as to why hamsters kill their babies. It seems ruthless from a human perspective, but from a hamster mother’s perspective, it is either to save them from more pain or to ensure some survive instead of all perishing.

Some of these reasons, such as susceptibility to genetic disorders, are legit for vets to suggest that their breeding only be performed by expert breeders and not by the common public. For this reason and their territorial nature, it is imperative to keep them in separate cages. 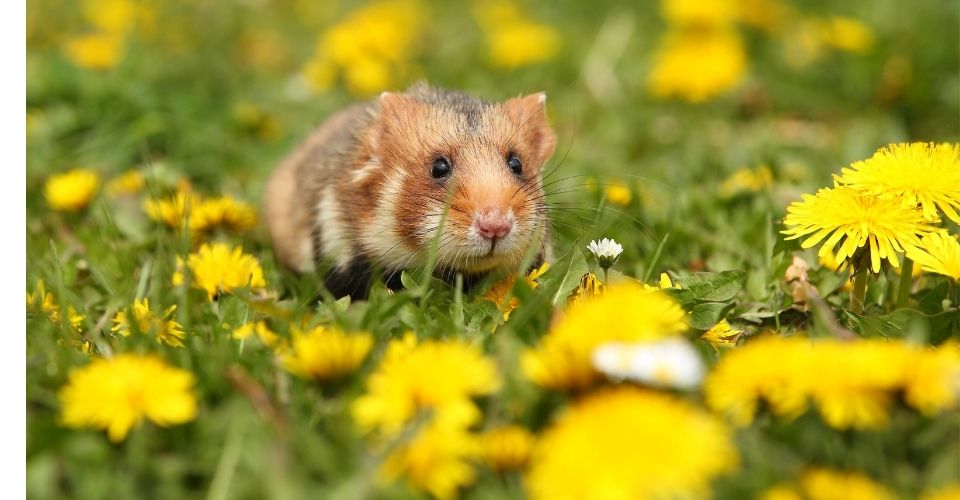 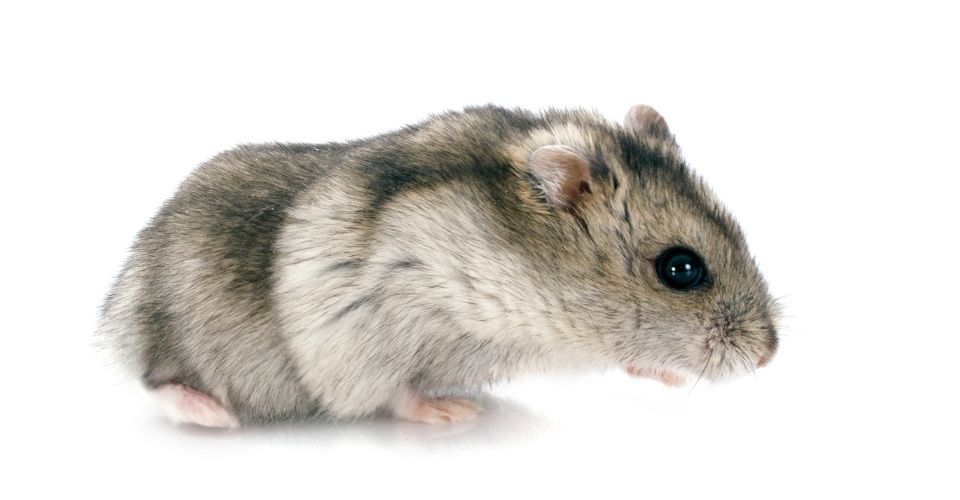 All You Need to Know About Russian Hamster 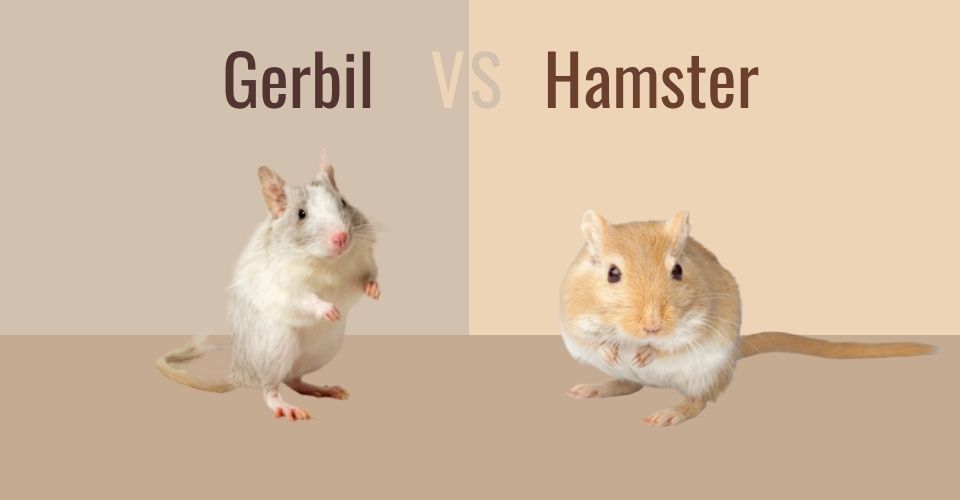 Gerbil vs. Hamster: Which One Makes a Good House Pet?