Have you ever witnessed your equine friend throwing up? Probably, never. So, as you might be thinking right now, can a horse vomit? No. But why can’t horses vomit?

Well, even though vomiting is an essential survival mechanism in most animals, horses are anatomically unable to throw up, which is good for them.

Continue reading as we dig deep into the reasons underlying horses’ inability to vomit.

Briefly, horses are not anatomically able to vomit.

Their digestive system function only one way (from the mouth to the stomach) and not the other way around. Besides, vomiting is a complex physiological phenomenon that requires a sequence of closely coordinated reflex motions. Horses, however, have some key physiological differences that do not let such an event occur.

To go into the details and clarity, further elaboration is as follows:

Esophageal Muscles Contract In One Direction Only

The esophagus in horses is a tube that connects the mouth and the stomach. Its primary function is to transport food using peristaltic waves – a series of rippling contractions of muscles. However, these contractions work one way only – from mouth to esophagus. Thus, horses just cannot bring the food from the stomach back to the mouth.

On the other hand, the animals that can vomit do have the capability to contract their esophageal muscles in the opposite direction too.

The Cardiac Sphincter Is Strong

The Cardiac Sphincter or the Lower Esophageal Sphincter (LES) connects the stomach and the esophagus and acts as a one-way valve that lets the food into the stomach but prevents it from moving the other way around. The LES in horses is so strong that it is nearly impossible for food to come up even under the pressure of stomach bloating.

In the animals that can puke, the LES is two-way and lets the food travel back to the mouth if pressure is built in the stomach.

The Cardiac Sphincter Is Present at an Oblique Angle

The stomach and the esophagus join each other at a sharp angle. Hence, when the stomach walls swell, they press against the sphincter, closing it more tightly. Under such circumstances, it becomes very difficult for anything to escape the stomach towards the mouth. That is why horses cannot vomit even if they are bloating.

Is There Any Benefit of the Inability of Horses to Vomit?

These advantages come in the following two ways:

The Food Is Not Vomited While Running

While running, horses’ intestines move forward and backward like a piston, and abdominal muscles contract, applying intense pressure on the stomach, which would produce vomiting. However, since horses have a strong cardiac sphincter, nothing is allowed to pass. Had such a mechanism been not in place, horses would vomit their food every time they ran. Vomiting and losing essential nutrients and calories while being chased by a predator would not have allowed horses to survive as a species in the wild. And perhaps, that is why they evolved not to vomit.

Read: What Do Horses Eat?

To aid digestion by breaking down the food, horses’ stomachs produce a gastric liquid. It is very acidic (with a pH of 2.72). However, as stomach walls have a protective mucus coating, they are not damaged. But if this acidic liquid was to pass into the esophagus, its walls would be significantly damaged as they don’t have any protective coating. Thanks to the tight cardiac sphincter, it becomes impossible for this liquid to flow into the esophagus and damage it.

The equine stomach can produce up to 16 gallons of gastric liquid every day, which is equal to half of an average bathtub and a full fuel tank of an average car.

What Are the Hazards of Inability of Horses to Vomit?

Vomiting is, indeed, a vital self-defense mechanism in most creatures. It is the natural way of getting rid of the excess amount of food or any toxic substance, which can otherwise lead to various health troubles. At worst, the harmful substances may remain within their bodies and can eventually lead to death.

Today, domestic horses are mostly not exposed to poisonous edibles mainly because they do not live in the natural environment anymore. Therefore, the chances of toxicity and the need to vomit are low.

Nonetheless, they are prone to eating animal feed contaminated with by-products and antibiotic additives. Likewise, they might end up ingesting pesticides in stables and herbicides in the fields. Hence, horse owners should strive to ensure that the environment they provide to their horses remains free of any unsafe items.

How Do Horses Compensate for the Inability to Vomit?

Since horses lack the defense mechanism just explained, they rely on their natural tendencies for compensation.

Toxic Foods Are Distasteful to Horses

Horses, in the first place, usually avoid the food that can harm them. Horses are picky when it comes to eating and leave anything they dislike after sifting through the vegetation. Surprisingly, their ‘list of dislikes’ includes toxic foods, such as potatoes.

If your horse becomes too picky that it even refuses hay, it may be a sign of some physical illness, and you must contact a vet.

Horse Do Not Overeat

Horses do not eat in excess because they are not designed to do so. Rather, they eat continuously over some time because of the small size of their stomach. In addition, the food moves quickly through the belly. Owing to these features, horses do not need to puke.

What to Do if Your Horse Has Ingested Something Toxic?

If you suspect that your horse has eaten anything toxic, you should refrain from solving the issue on your own and adhere to the following steps:

How to Expel Harmful Substance From a Horse Stomach?

To begin with, only a professional can help get a horse’s stomach rid of hazardous substances, and any amateur attempt can be detrimental to its health.

In such cases, vets usually resort to gastric lavage and nasal tube. Vets pass the tube from the nose, which reaches the stomach and removes the toxins by flushing saline solutions which are later sucked out.

However, if the poison makes its way into the intestines due to quick digestion, the vet can use the following methods:

Confusion Between Vomiting and Choking: Do Horses Choke?

Since horses cannot vomit, the colored foamy liquid with food particles that may come out of your horse’s mouth or nose is due to choking. Other signs associated with it are shaking the head, coughing, snorting, and stretched neck.

Food may get stuck in the esophagus and cause choking in horses due to the followings:

The good news is that though choking seems to be alarming, horses do not face difficulty in breathing because the problem lies in the esophagus and not the trachea, as in the case of human beings.

Nevertheless, if you think your horse is choking, you should seek medical assistance for it immediately. Until the vet arrives, make sure that the food and water are away from the reach of your equine friend.

The vet will try to relieve the horse through the followings:

Due to the same reasons as in the case of food, the digestive system in horses does not allow moving gas into the esophagus either. Therefore, horses cannot burp. The only way for gas to escape a horse’s stomach is through his rear.

You might have heard your horse making noises akin to burping. However, this is the air that is released from the esophagus due to wind sucking.

What if Your Horse Vomits?

The only way horses may vomit is organ bursting. It is, therefore, a critical condition that can be fatal and requires immediate vet help.

In most cases, vomiting in equines is caused by stomach rupture. As the pressure builds up without any vent, it may go so high that it will end up bursting a horse’s gut, making its way through the esophagus. When such instances occur, death is the most probable outcome, though reports of horses surviving in the aftermath also exist.

Are Horses the Only Animals Who Cannot Vomit?

Horses are not alone when it comes to the inability to throw up. Though most mammals can vomit, horses, rabbits, mice, squirrels, gophers, beavers, and guinea pigs cannot. This is also one of the reasons why poison is so effective in killing rodents.

Nonetheless, the reason behind the inability of rodents to vomit is slightly different: a 2013 study shows that the brains of rodents lack the necessary neurological circuit required for vomiting. Besides, anatomical differences also exist. For instance, their diaphragms are much weaker when compared to those of other species.

Having one-way esophageal muscle contraction and a strong, oblique-oriented cardiac sphincter, horses are simply not designed to throw up. Although it seems to be a problem due to the risks associated with not vomiting hazardous food, nature has placed this inability in equines for their own good: to keep gastric acid from entering and damaging the esophagus and prevent them from throwing up all the food in stomach while running. 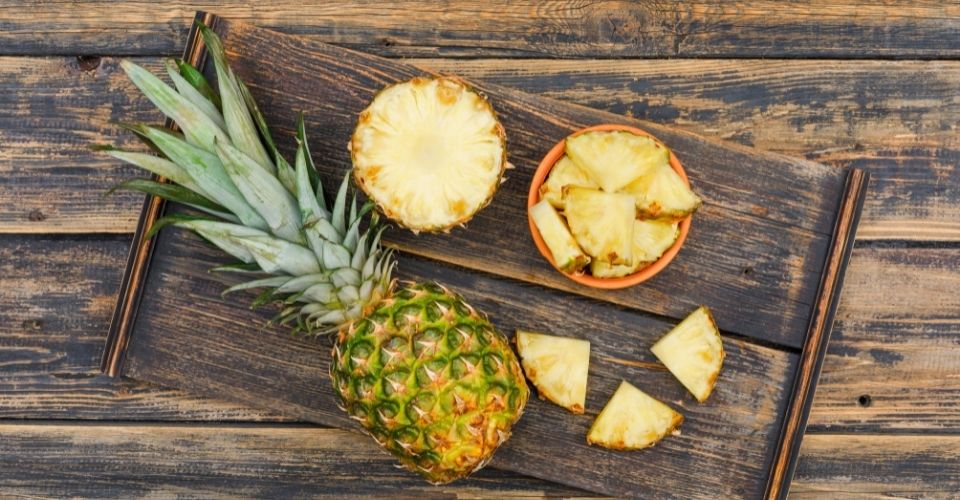 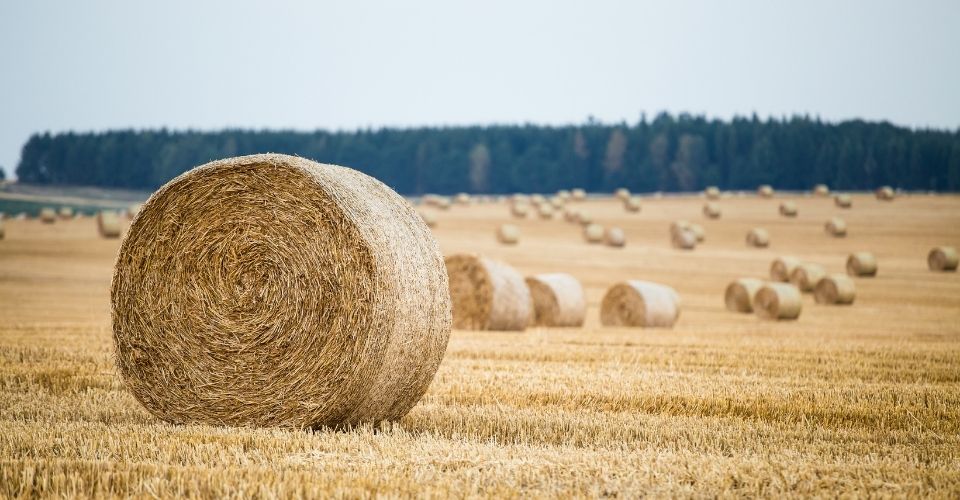 How Many Round Bales per Acre Can Be Produced?

Tips for Choosing the Best Ranch Saddles and Our Top Picks