Palomino Horse: Everything About This Majestic Horse
Skip to content

Palomino Horse: Everything About This Majestic Horse

You must have heard about the golden cars in Dubai. How about a golden horse? We are sure a horse enthusiast would be as excited to know about the latter as a cars lover would be so for the former. So, let us kick off exploring the ins and outs of this majestic creature!

The Overview of Palomino Horse

Palomino horses have their bodies in golden shades and hair in whitish. However, like Perlino and Cremello horses, Palomino is also not a breed—it is just a name for the horse exhibiting such color characteristics. These color characteristics appear when a chestnut color is blended with the cream gene. Though there are five different genes that are responsible for coat coloring, the cream gene is the most essential of all.

Since Palomino does not refer to a breed, its other physical and mental characteristics, health concerns, training, diet, and traits are not specific.

There is a lot of shades associated with the golden color; however, Palomino horses are primarily hued in the following colors:

Palomino horses have sizes similar to those of any other horse breeds. They are, on average, 1.6 meters in height and 24 meters in length.

Just like the size, the weight of Palomino can be taken as equal to 1000 pounds, the average weight of horses. Much depends upon the horse breed. If it is a large horse breed, the weight might be in the range of 1500 – 2000 pounds. Similarly, lightweight horses weigh around 900 – 1500 pounds.

Palomino horses live a life spanning around three decades. But as we discussed earlier, it is not a breed; thus, it doesn’t have a specific lifespan. A horse’s lifespan depends upon certain factors, especially the care afforded to them. Those with a better diet, healthcare, and availability of exercise requirements can live well into their thirties.

The Table of the Characteristics of Palomino Horses

As evident from the table, a Palomino has all the characteristics and features, general to all horses. Why? Because Palomino is a color and not breed—it can be found in any breed, though more commonly in some than others. That is why the exercise, training, grooming, and diet requirements are also the same as the breed from which it is coming.

The origin of Palomino horses cannot be exactly accounted for. However, it is said that they were first seen in Spain during the 16th century and were given the name ‘palomino,’ which itself is of Spanish origin, meaning ‘young dove.’ Due to their royal charm, courtesy of their golden looks, Queen Isabella of Spain used to keep around 100 of them, and only the aristocrat rode them. Palomino horses soon became a status and power symbol all over Spain.

Thereafter, when Spaniards embarked on their mission to form colonies, Palomino horses started to spread to the other parts of the world as well. In this way, they soon hit the shores of the Americas. Wherever they went, they gained popularity due to their royal looks as well as the physical strength akin to the best horse breeds.

In the U.S., they began gaining countrywide admiration in the 19th century. They took part in eventing, racing, and riding. But by the 20th century, they started making their place in the entertainment industry as well, as different T.V. productions featured Palominos as characters. Special associations for the Palominos were also established, with the first-ever registered horse being El Rey de los Reyes.

Other theories about the origin of Palomino horses also exist. For instance, it is said that Palomino horses originated in deserts as they have the color which can effectively camouflage them in sandy surroundings. Likewise, it is claimed that Palominos were not first seen in Spain but much earlier than that. It is derived from the fact that they were used in the Crusades, fought between 1095 and 1291 AD.

The Uses of Palomino Horses

Based on their qualities and strengths, Palomino horses can be used for various purposes. Some of them are given as under:

Their golden, shimmering coats make palominos a great choice for horse parades. That is why they have been used for parading at various times and events. A famous example of the use of Palomino horses in parades is the Rose Bowl Parade in California.

Though there is lesser participation of Palominos in eventing, they still make a good choice for it. They are found as excellent in dressage, cross-country, and show jumping as any other competing horses.

Just as a cool car makes it good to ride around the town, the Palomino horse, a creature of absolute beauty with natural golden color hued on it, makes a great choice for any horse rider and enthusiast to go around the city in style.

If a Palomino is the American Quarter or the Arabian horse by breed, it can be a great racer. It will not only be easy for the horse to win, but it will also be able to mesmerize the crowd in the racecourse by the sunny shine of its coat.

Palominos can also be used as a working horse. As such, they can be used in livestock management at ranches.

Just like their unique color, there are some distinctive facts associated with palomino horses. Some of them are:

Palomino Is About Color, Not Specie or Breed

Palomino is a category of horses that is made solely based on color: there is nothing related to breed or bloodline. Any horse with a golden and mane coat and tail of white shades is called a Palomino regardless of being Arabian, American Quarter, Thoroughbred, etc.

Half of the Palominos Belong to the American Quarter Breed

It is estimated that half of the Palominos registered today with different Palomino registries all around the world are actually American Quarters. A Palomino can be of any breed, but American Quarter Palominos are the most common of all.

Though palomino horses are not chameleons, they can change their color. The change of color in Palominos is rather slow and dependent on many factors. The two most common factors are food and season. Palominos turn darker when they consume more protein. Similarly, their color is significantly different in summers and, likewise, in winters.

Mister Ed, a famous show in the 1960s, depicted a Palomino horse. Palomino came back on screen during the 1990s as a character named Argo in the renowned series Xena: The Warrior Princess. Similarly, Trigger was a famous Palomino horse, which was seen in various American Western films during the mid-20th century.

There are some horse colors that are closely relatable to the Palominos; nevertheless, they are not palominos. They are:

When Cremello and Perlino Mate, Palomino Is Born

Although palomino horses are generally healthy, like other horses, they are also prone to get affected by a number of health issues. Some of these are:

It is the condition in which sores appear in the stomach of horses. It is a frequent occurrence in horses with a spread rate of about 50 to 90%. Ulcers may not seem dangerous, but the disease can become life-threatening if it is not treated. If your horse shows any of its symptoms, you should consult your vet at the earliest.

Some of the common symptoms associated with this disease are:

It is the disease of joints in which they can become prone to breaking. Though it is rarely fatal, it is excruciating for your horse. In addition, it can cause lameness in horses which renders it inactive for a longer time.

Some of the symptoms are as follows:

It is the condition in which the tissue present between the coffin bone and the hoof of a horse may become damaged or inflamed. It can occur due to a number of reasons: overweight, hard labor, and high body temperatures. Cooling using ice and rest may help heal the tissue, but consulting a vet is strongly recommended.

Also known as colic, it is the condition in which a horse suffers from severe pain in its tummy. It is caused due to problems in the gastrointestinal tract. A clean environment is an absolute necessity for your horse to avoid such an experience.

Some of the symptoms of abdominal pain are:

It is a disease that may occur in horses whose cause is yet to be identified. It can cause injuries in the limbs of a horse. In such conditions, riding a horse becomes impossible and can cause further damage. It is painful for horses, thus requiring medical attention. Its symptoms are:

The Requirements for Owning a Palomino

Owning a palomino does not require any special requirement: it all depends upon the breed you are interested in. A Palomino horse can cost you between U.S. dollars 3,000 to 15,000. The expenses of keeping a horse (insurance, food, etc.) can cost about US$ 15,000 a year.

Moreover, if you are a beginner, it may be difficult for you to handle a Palomino as they are relatively more energetic and sensitive as compared to other horses.

Palomino horse is just like other horses but with a distinct color. Since gold has always been a sought-after color by mankind, a Palomino can entice pretty much anyone at first sight, evident by the fame they have gained so far. Keeping a Palomino horse is not challenging—all you need to do is to be aware of its breed and treat it that way. So, if you are planning to have one, just give it the go-ahead! 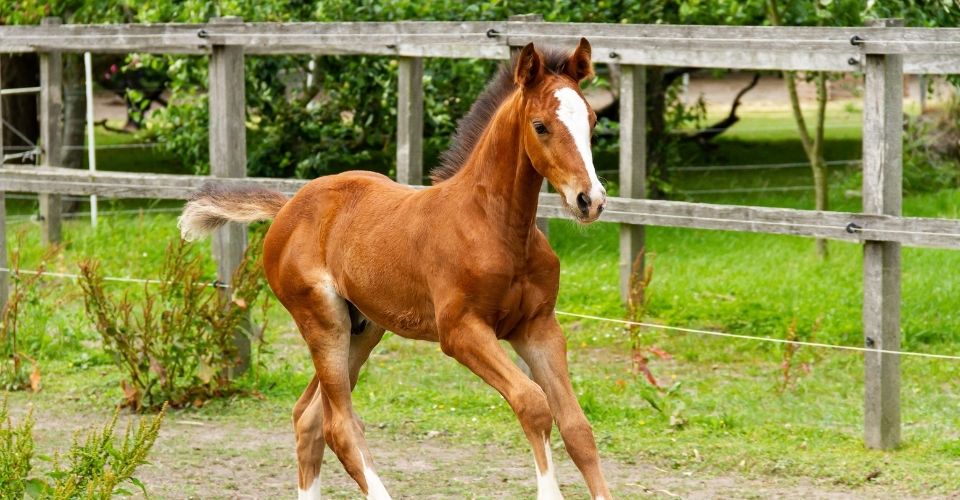 What Is a Baby Horse Called? Interesting Fact About Baby Horses 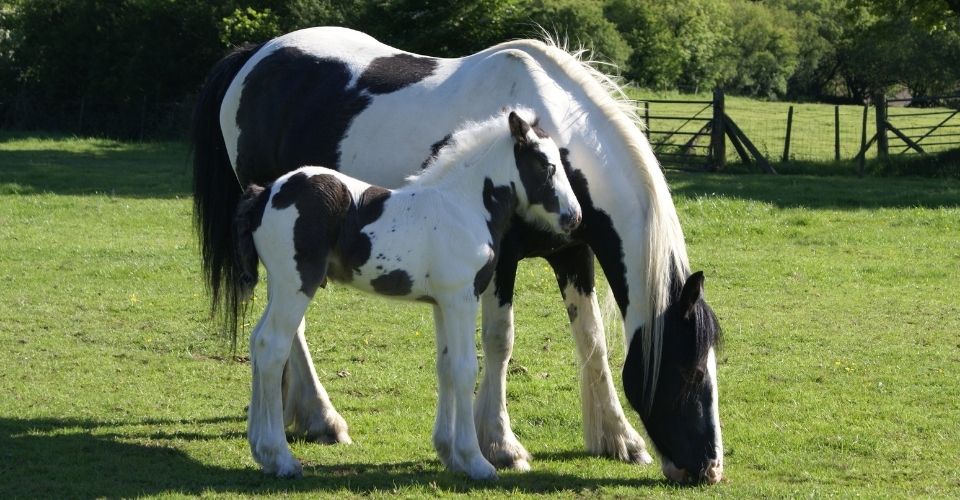 Horse Profile: Everything You Need to Know about Gypsy Vanner Horses 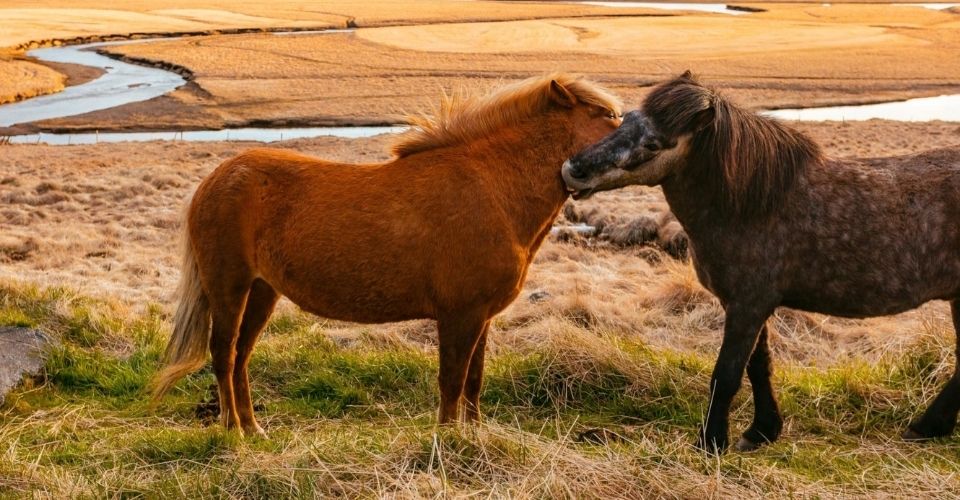 Understanding Horses: What is a Colt Horse? 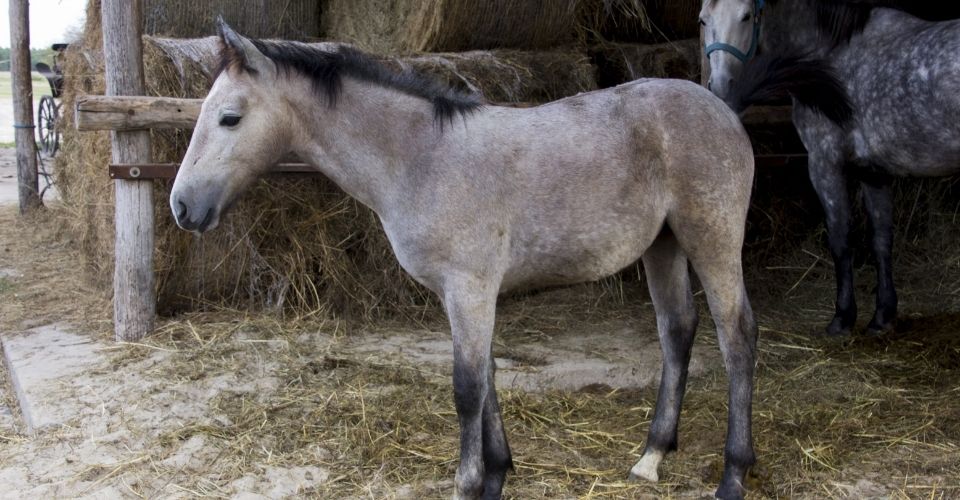