Dog Makes Grunting Noises When Sleeping? Here Are the Causes and Solutions!

Canines have a range of languages – they make snorting, barking, and a plethora of other sounds. But if your dog makes grunting noises when sleeping – a sound that seemingly is alien to the canine world – it is natural for you to be worried.

But worry not. There is rarely any serious issue if your dog grunts while sleeping, but sometimes, it could be alarming.

Why My Dog Makes Grunting Noises When Sleeping?

Dog making grunting noises when sleeping could mean that either your pup is feeling relaxed or he is in pain.

Dogs make different noises to express themselves, and groaning is one of them. Your furry pal might come next to you, sit, and curl up while letting out deep and relaxed groaning sighs. After he is asleep in his bed, he might continue to vocalize this way to show his contentment. On the other hand, he might be making these noises out of pain and discomfort.

To find out the meaning of your dog’s grunting noises, continue reading. In this article, we are going to explore various conditions in which a dog may grunt.

Your fido might be relaxing and enjoying a dream after a harsh, tiring day. According to PetMD, dogs might make certain noises besides twitching when they are asleep, and those noises include barking, groaning, and grunting.

According to experts, when dogs make such noises, they are most probably having flashbacks of joyful past experiences. But if your dog makes a lot of noises and only seems to be sleeping, know that it is not about dreams – he needs a vet’s attention.

Your Dog Is Not Always on Cloud Nine!

Dogs do not necessarily grunt only when they feel elated due to a lovely dream. An opposite can also occur: if your dog has a frightening dream, he might grunt..

2. Your Puppy Is a Puppy

In the middle of naps, it is common for young puppies to grunt. Although there could be various reasons why he would do that, most probably, your dog is taking a sigh of relief and enjoying his rest. He is simply expressing his pleasure and joy.

3.He Has Gastrointestinal Issues

Dogs are messy (they roll in poop and may even eat poopy diapers!) and can easily get their stomach upset because of their habits of eating whatever they could get their paws on. If your pooch suffers from gastrointestinal pain, he might grunt even while he is asleep.

It might be due to several reasons, such as bacterial infections, inflammation (colitis), bloating, and constipation. Whatever the cause is, it could be excruciating to your fido if ignored.

When your dog is awake, look for common signs like vomiting, diarrhea, and excessive flatulence to confirm if he is grunting because of a gastrointestinal disorder and contact a vet immediately.

4. He Is Suffering From Laryngeal Paralysis

It is hard for throat muscles to open efficiently when a dog suffers from laryngeal paralysis – altering his voice to more grunting. When your dog is asleep, even when he makes other sorts of noises, he will still sound like he is grunting.

Unfortunately, laryngeal paralysis is a common disease in pooches, especially in middle-aged to old dogs. This disease is commonly prevalent in large dog breeds too. A major sign of your dog having this problem is consistent lethargy. The disease is, unfortunately, not curable unless surgery is performed in severe cases.

5. Your Pup Has Fast-Growing Bones

Puppies commonly can have their bones grow faster than normal, causing them to make grunting noises out of pain even while sleeping since it becomes difficult for their bodies to adapt to such rapid changes. Besides grunting in sleep, young pups may also experience limping due to fast-growing bones.

However, note that this is valid for dogs equal to and below two years of age. If your pup is grunting because of fats growing bones, he would stop within one to three weeks. So, if it goes beyond that, you should take your pup to a veterinarian. If your canine pal is older than two years, there is probably some other reason behind his grunting.

6. Your Pooch Has Bones and Joints Problems

Common bone-related diseases in dogs include osteoarthritis and dysplasia. These can cause severe pain to dogs which might lead them to grunt regardless if they are sleeping or awake.

In osteoarthritis, dogs lose the protective layer over their bones, causing swelling and pain. Though it is most prevalent in older dogs, if it’s hereditary, your furry pal might also get it, even if he is young. Signs include limping, decreased physical activity, and being irritable and uncomfortable when touched.

Similarly, hip dysplasia is equally painful because it leads to abnormal growth of joints. It is most common in large dog breeds. A dog suffering from it may have difficulty moving, causing excruciating pain.

Bone Diseases Are Common in Pooches.

A study shows that almost 20% of dogs above one year of age in the North American region suffer from osteoarthritis. Similarly, around 40 million dogs in the US are reported to suffer hip dysplasia.

7. Your Dog Is Reverse Sneezing

It is not possible to sneeze for dogs when they sleep; however, a dog might be awake for a fraction of time, reverse sneeze and go back to sweet dreams – making an impression that he did it while sleeping.

Also called proximal respiration, reverse sneezing is quite a possibility in dogs in which they rapidly pull the air into their nose instead of exhaling. Resultantly, your dog may grunt like a pig.

The good news is that though the sound might be unpleasant, your dog is surely not suffering from anything serious, and the problem can be fixed.

How to Stop Your Dog from Grunting in Sleep?

Is your dog disturbing your sweet dreams due to his grunting? Well, you can get rid of the situation by identifying the underlying cause that can only be accurately found by a professional. Since the problem seems to be sophisticated, you might never exactly know why your pooch is grunting in sleep unless you bring him to a clinic.

But here are some helpful tips to keep your dog from grunting in his sleep:

1. Get Rid of Excess Weight

Since bone and joint diseases can lead to pain in dogs, eventually causing them to grunt, you need to make sure your pet never gets those. An extra amount of weight can put unnecessary stress on the bones and joints of your dog, exacerbating degeneration and disease likelihood. Some studies also reveal that fats can produce certain hormones that can lead to pain in joints.

So, always keep a check on the caloric intake of your dog and cut down on his calories if he appears to be becoming obese. Getting rid of the extra weight would help your pooch get rid of the bones and joint issues. A study says that losing just up to eight percent of the body weight in dogs can decrease the risk of arthritis manifold.

2. Go For the Right Food

Right or wrong food according to your pooch type can significantly impact the pain he suffers. For instance, if your dog is big, you must give him the healthiest food available to ensure that he does not suffer from malnutrition, which can eventually lead to weakness and pain. Therefore, never compromise the quality of your furry pal’s food.

3. Do Not Exhaust Your Dog

If your dog is too tired out of training or exercise, he is sure to make noises while he sleeps and relaxes. It does not mean you should not get your pooch to work out; you should. But be careful not to overdo it.

Watch Out for Heat!

Never get your pooch to exercise outdoors when temperatures are too high, especially if he has a shorter snout. If you fail to cool him down, he might overheat, leading to heat exhaustion.

If My Dog Grunts Due to Any Health Problem, How Much Would the Cure Cost?

It depends entirely on what health issue your dog faces. The vet will, first of all, take the fee of examining your dog to identify the underlying cause. After getting success in that, she or he will propose the treatment accordingly.

For instance, if your pooch suffers from laryngeal paralysis, you should expect to pay around 2,000$. However, if any serious gastrointestinal problem is the main culprit, the cost might jump as high as 5,000$.

Dogs making grunting noises while sleeping is due to expressing either their emotions or their pain. If your dog does the same, make sure to check out for the cause and treat him accordingly. You can use various hints to do that; for instance, if your dog is over-exercised, he is probably grunting in his sleep because he is relaxing. Similarly, if he shows signs of bone diseases, he is doing so out of pain. 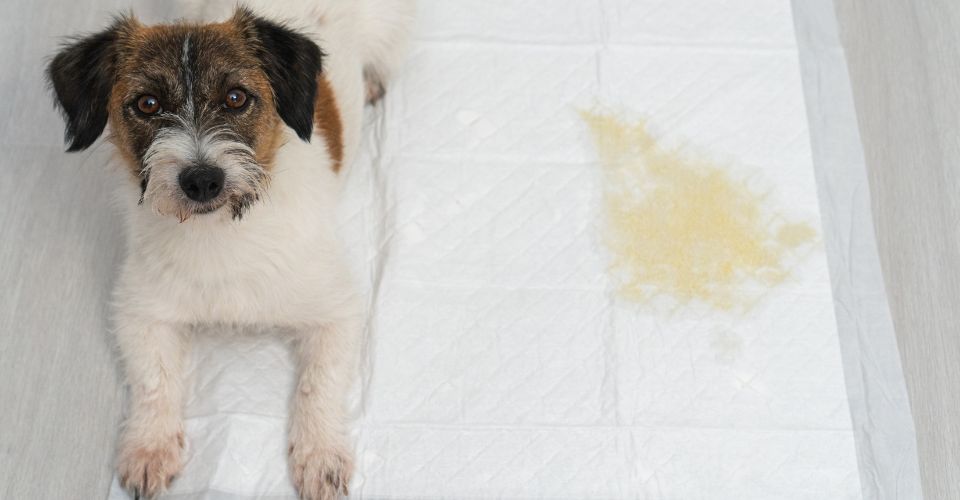 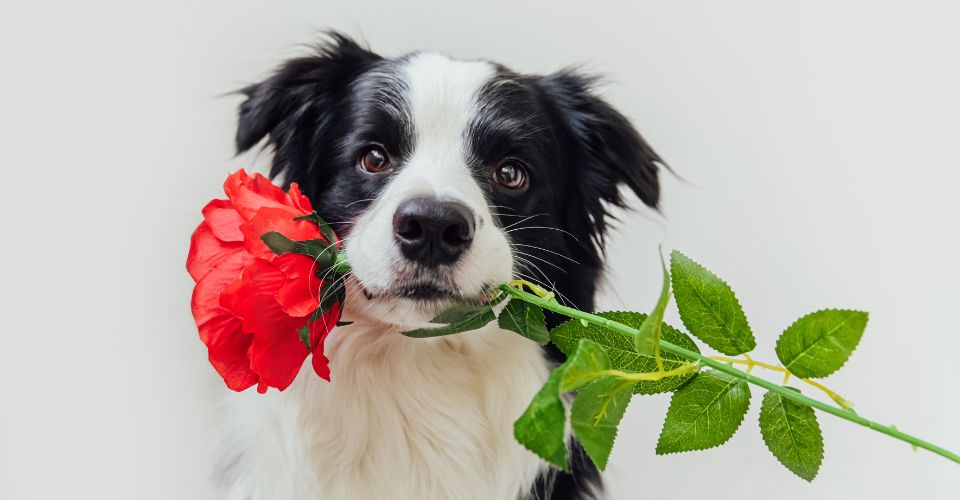 Is My Dog in Love With the Neighbor’s Dog? Subtle Signs Saying Yes! 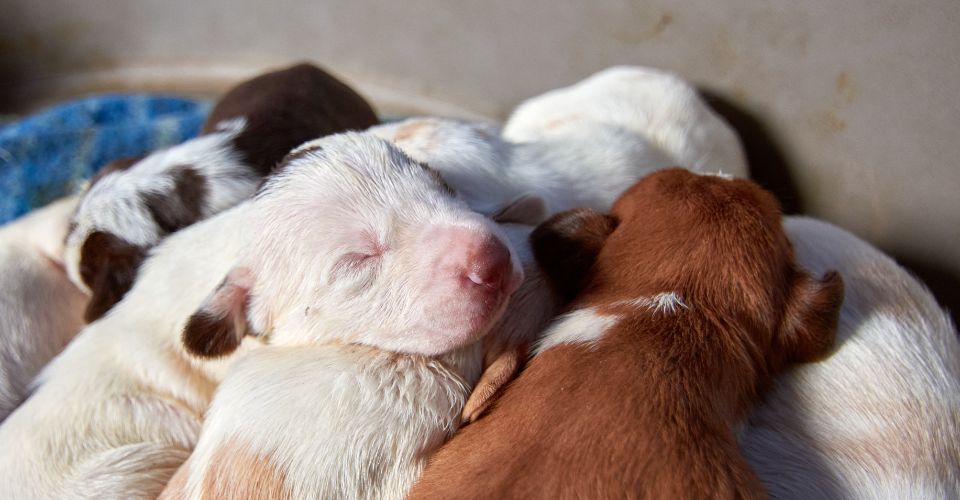 Do Dogs Eat Their Own Puppies? 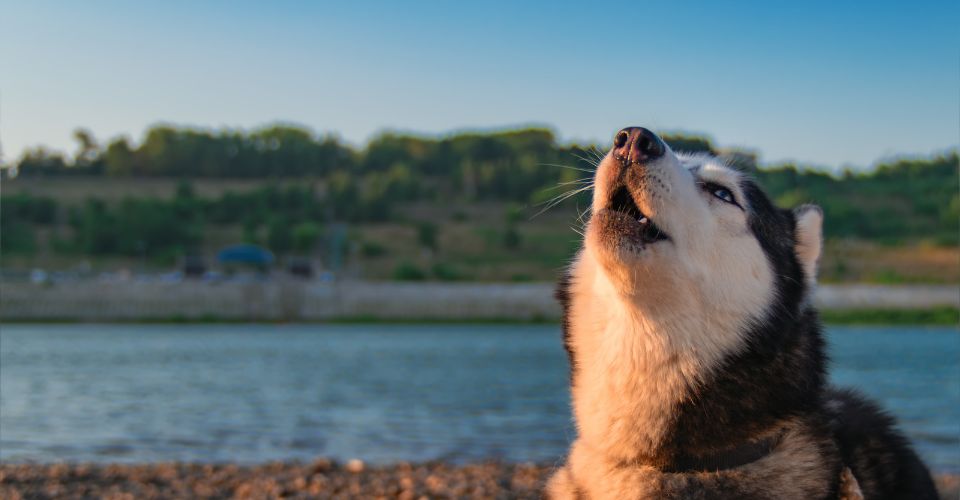 Why Do Dogs Howl At Sirens? Everything About Dog Howling