Dog Eye Infections: Everything You Need To Know
Skip to content

Dog Eye Infections: Everything You Need To Know

Dog eye infections are one of the most prevalent canine diseases. As eyes are extremely sensitive, any eye infection can cause unbearable pain to dogs.

To help their dogs, dog owners should be aware of the common eye infections, their types, symptoms, causes, and preventions.

In this article, we have gathered all the information on one page to help you out.

Let’s get started with the types of dog eye infections.

There are three types of Uveitis.

It is the inflammation of the iris and ciliary of the eyes of a dog. In simpler terms, only the front and visible part of his eyes swell.

It is the inflammation of the choroid part of the canine’s eye. This not quite apparent as it is in the rear part the eye.

In this type of Uveitis, the whole eyeball, both anterior and posterior areas of his eyes, get infected.

It is commonly known as Dry Eye, a chronic eye condition that can invite other infections as well.  In this infection, the lacrimal gland, conjunctiva, and cornea inflammation lead to the drying up of the eyes by limiting tear production.

Naturally, tears lubricate the eye and keep any debris from accumulating in the eye. In the absence of tears, your dog will feel irritated and will squint his eyes excessively.

Also known as Corneal Ulcer, Keratitis is an open sore in the white part (Cornea) of the eye which causes soreness, pus discharge, itchiness, light sensitivity, and eyelid inflammation in a dog’s eyes. Keratitis can develop from eye infections, especially dry eyes.

The eyelid defects can be genetic as well as caused by external factors such as dust, injury, abrasion, etc.

In this condition, the eyelids can curl towards the eyeball, resulting in the rubbing of eyelashes against the cornea. If not taken care of early, excessive rubbing can chafe the dog’s eye.

In contrast to Entropion, Ectropion means the curling of the eyelid outwards, leaving the inner eye surface exposed to the environment.  Dust particles and eye gunk can easily accumulate in the eyes, causing irritation, dryness, and sensitivity to light.

Lagophthalmos is an eyelid condition in which dogs cannot close their eyelid fully even while sleeping. Dryness, scarring, abnormal coloring are some of the common problems associated with this condition.

iv) Abnormalities of the Eyelashes

Some dogs are prone to abnormalities in their eyelashes, which can curl into different directions, causing discomfort in their eyes.

Following are the common types of such abnormalities.

Commonly known as the inflammation of eyelids, Blepharitis affects the eye completely along with the edges.

The swelling occurs when oil glands in the eyes get clogged. As a result, there is no oil to lubricate the eyes, which causes itching and redness.

It is the condition in which the fluid in the frontal part of the eye levels up, increasing pressure on the nerve that connects the eye to the brain. In some cases, this can lead to the loss of vision.

Commonly known as a tear duct issue, LDO causes tears to overflow and drain from the eye, leading to excessive moisture around the eye. This moisture can catch dust particles as well as bacterial or fungal infections.

The susceptibility of dogs to develop eye infections can also be affected by breed genetics. Some breeds that have a strong immune system and were bred under excellent breeding conditions; they are less likely to catch these infections. Conversely, some breeds are more prone to such issues. For instance, Lagophtalmos is more common in brachycephalic breeds (breeds with broad and flattened heads), such as Bulldogs and Pugs.

One of the common drivers of eye infections are viruses such as canine influenza, distemper, herpes, and hepatitis.

Similarly, eye infections such as leptospirosis and brucellosis are caused by bacterial attacks.

Fungal infections such as Blastomyces Dermatitidis are caused by fungus. This type of fungus is present in humid areas outdoor, and indoors they are present in debris.

Tiny objects such as sand, metal particles, foxtails, dirt, etc., can get stuck in dog’s eyes, causing the feeling of pins and needles along with abrasion in the cornea. There is also a possibility that your dog will paw his own eyes to get the irritant out, which may further hurt the eye.

Most long-haired dogs such as Shih Tzus, Maltese, Pomeranian, Puli, etc., have dense hair around their eyes which can tingle in their eyes. As eyes are sensitive organs, this constant stinging of hair can bruise their eyes.

Infection in the eyes can cause much pain to the dog. But unlike other health conditions, the symptoms of eye infections are visible; you can notice any issue and take corrective measures as it appears.

If you are attentive to your dog, you might notice that either your dog is not blinking at all or it’s blinking excessively. This can be a red flag of tear issues or irritants.

In case of tear duct issues, your dog’s eyes can become watery. It could be puss or blood or any other liquid material as well. However, you’d know immediately that something is wrong.

You can notice that your dog is having difficulty seeing things on different occasions. For instance, while playing games, eating food, walking, etc., the stumbling of your dog will tell you that something is not right.

If you see that your dog is constantly pawing at his eyes and is scratching and whining, you’d know that there is an irritant in his eyes. Though dogs can paw their eyes because of other infections as well, most commonly, it happens if something is stuck in their eyes.

5. Swelling of the Eyelid

The inflammation of the eyelids is another sign that the infection is more serious. You’d see that the area around your dog’s eye is reddish in appearance and is watery.

Though there are some eye diseases that you can’t apprehend because you can’t see them, you need to be watchful of your pooch’s daily behavior and any change in the routine. This will tell you if there is a problem.

How to Avoid Eye Infections

Dog eye infections can start from simple eye irritation to fatal eye tumors. Adopt only those dogs that have been screened for eye infections by professional breeders because genetics do play a vital role in the immunity of a dog.

Note: This information presented here is for general purpose and is not meant to be a substitute for veterinary care. Always follow the instructions provided by your veterinarian. 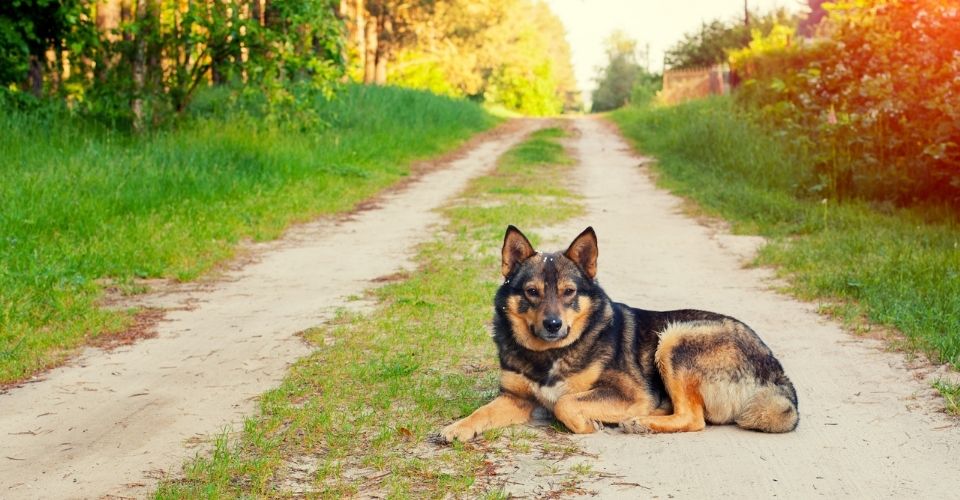 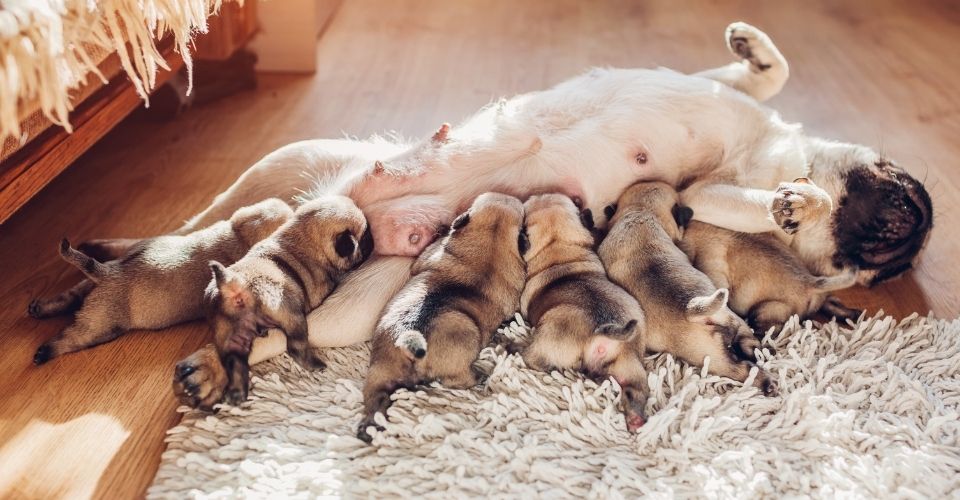 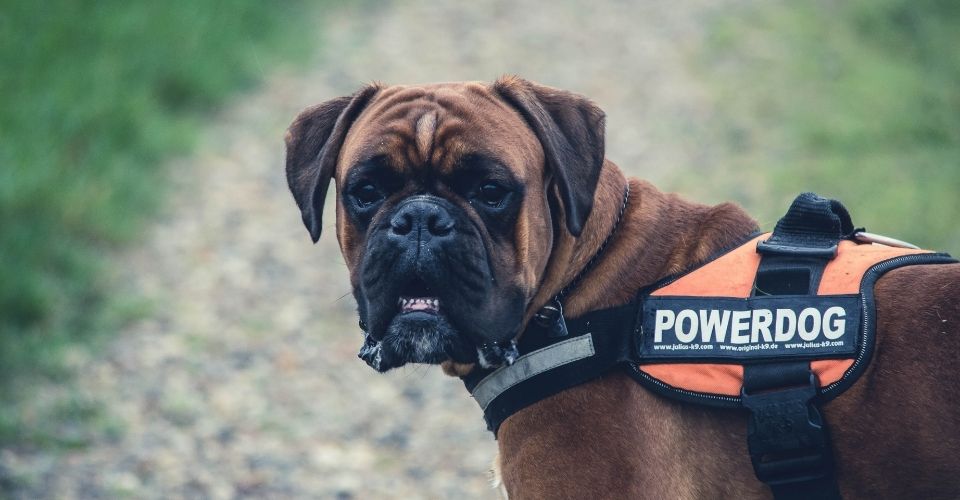 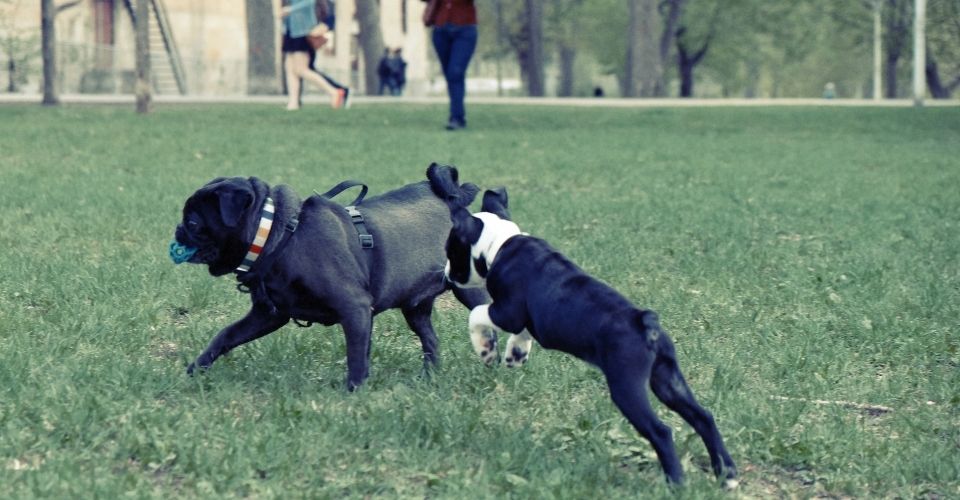