Do Cats Have Control of Their Tails? Role of Feline Tail

Cats curl their tails, hold them vertically straight up, wag them, and swish them around. In fact, many cat parents find themselves racking their brains and scanning the internet to find what several of these movements mean and if they indicate any trouble.

Every so often, on one of these quests, they find themselves asking: Do cats have control of their tails? Sure enough, they are looking for the possibility of a voluntary movement. One they would make on purpose and not because they are hurt or something.

So, let’s see if they can exercise control on their tails!

Do Cats Have Control of Their Tails?

Yes, cats control their tail movements with the help of a complex musculoskeletal system. It is important to understand that there are two types of movements, like in humans, the voluntary and involuntary movements. Your cat extending her paw for playing is a voluntary movement, but jerking away when you accidentally brush against an injured part of their body is involuntary.

Cats show both voluntary and involuntary movements with their tails. Their spinal cord extends into their tail, supported by strong skeletal muscles. Aided further by the nervous system, the tail is a sensitive organ capable of detecting and responding to external or internal triggers such as a physical blow or a sensation caused by lesions or other medical conditions.

But cats use their tails for several other purposes. They tend to use it for non-verbal communication in conditions such as fear, anxiety, and glee; they brandish it as an expression of the internal workings of their mind, such as the swishing movement when premeditating an attack; surprising as it might be for some, but they also use it as a balance organ (to distribute the effect of their weight when moving).

Another well-known voluntary use of tail includes scent distribution to mark the territory.

How Do Cats Control Their Tails?

But then a question arises, how exactly do cats control their tails? To get to the answer, we need to quickly review their musculoskeletal system. Like all vertebrates, cats are supported by an efficient skeletal system, with a spinal cord connecting the skull to the rest of the body.

Towards the end of the lumbar region (lower back), the spine gives way to the sacral vertebrae (connecting the hip bones), eventually forming what is known as the caudal vertebrae. A total of 18 – 23 caudal vertebrae hold the feline tail in place. Affording it the ease of movement and a surprising degree of flexibility. But movement requires more than just a skeletal structure.

Here come the sacrocaudalis, or the tail muscles, to the rescue. Comprising a total of 6 different muscles on either side of the tail, the sacrocaudalis assist cats in maneuvering their tails, curling, extending, and moving sideways, to her heart’s delight.

Why Do Cats Move Their Tails

Now that we have an idea that indeed the cats can control their tails, it is natural to wonder, what for? Because they are not there just for the show but serve some really important purposes for our beloved kitties.

Cats Move Their Tails for Balance

The feline tail serves as an excellent tool for maintaining balance. Something similar to an airplane’s rudder, the tail helps to shift balance during its various movements. While jumping, its tail sweeps at an angle away from the head, and only changes once landed, again as a balancing act.

A similar phenomenon could be observed in a free-falling cat, whose tail tends to revolve in the opposite direction of the rest of the body, providing angular momentum and assisting it in landing on its paws.

Cats Move Their Tails for Locomotion

The tail plays an important part in the feline locomotion, as it helps maintain their balance and posture. Such a phenomenon may not be observed under laidback conditions like when they are trotting across the room; in these conditions, the tail would typically be held straight, at level with their body. But notice a cat during an intensive mouse chase where she needs to make quick turns, and you would see the tail making large angular movements opposite in direction to the shift in the body.

In such a situation, the tail’s movement relative to the hips facilitates the realignment of the hind limbs, essentially shifting its center of mass, i.e., weight distribution. Such an adjustment helps the feline retain its speed without throwing it off balance. Research proved that the cat’s ability to keep its balance over elevated, moving surfaces was compromised when the tail section of the spinal cord received injury.

What Do Cats With Bob Tails or Injured Tails Do?

Considering the role tails play in maintaining balance, cats with no tails must go through a great deal of strife. But, do they? Not really. Nature has a mechanism for adjustments for these organisms to get by.

There are several bobtail cat breeds, such as the Manx, but they make up with longer limbs and a higher reliance on their vestibule (section in the inner ear responsible for a sense of balance and gravitation) and the motor cortex (part of the brain responsible for voluntary movement) for maintaining balance.

The felines that lose their tails in the wake of an injury have to learn to rely on these senses during their recovery process to navigate their way without trouble.

So, in all likelihood, most people who have had a chance to observe a cat would testify that cats use their tails, besides vocalization, for communication. Let us delve deeper into the world of feline communication.

We think if the cat is ours, but in reality, we belong to the cat. Okay, some might find this pretty hilarious, while others would be more than happy to discover it. But why do we say this? It’s because cats rub their tails on surfaces, including their humans, to mark their territory. The lower side of a feline tail carries the scent glands, and they rub it against various surfaces and their humans to leave their scent.

It effectively announces to other pets that you belong to another pet, and these tiny beings dare not come closer to you. And if you are confused about the smell part, you don’t know because you cannot smell it, but they can and they get it.

It involves physical touch as a mode of communication. While the feline tactile communication involves several things, the ones involving the tail include:

It involves a cat expressing her feelings with the help of her tail. This is the most oft noticed of the feline behavior and has even caused alarm among the pet owners on the occasion of an over or underexpression of these communications.

Here are a few examples of the feline tail visual signaling.

So, Do The Cats Have Control of Their Tails?

Yes, tails are a living part of the feline body, and cats are fully capable of controlling them. The type of control they can exercise on their tails may include voluntary movements such as social signaling or balancing to the involuntary ones like locomotion or reflex action to factors like touch. 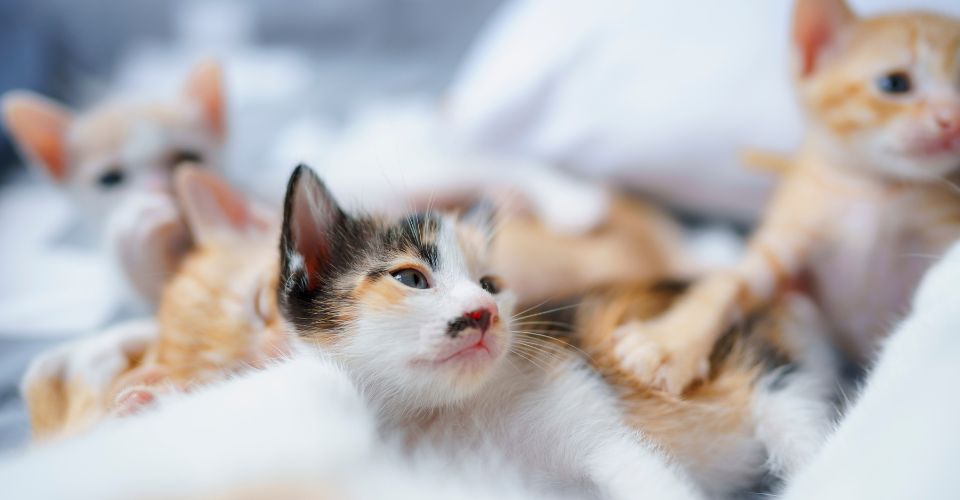 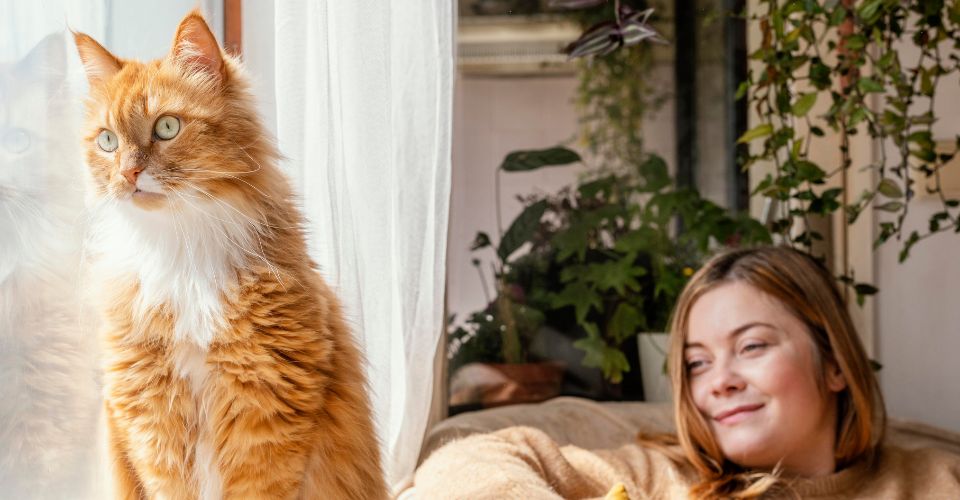 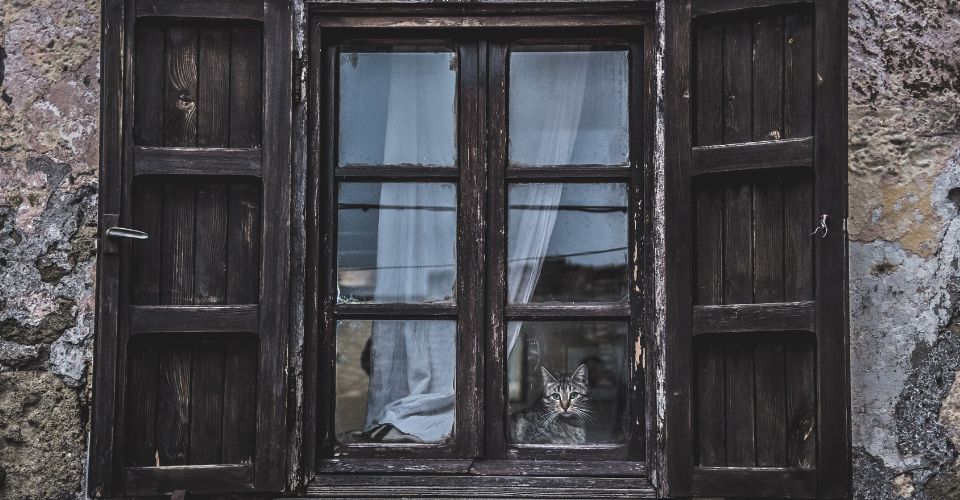 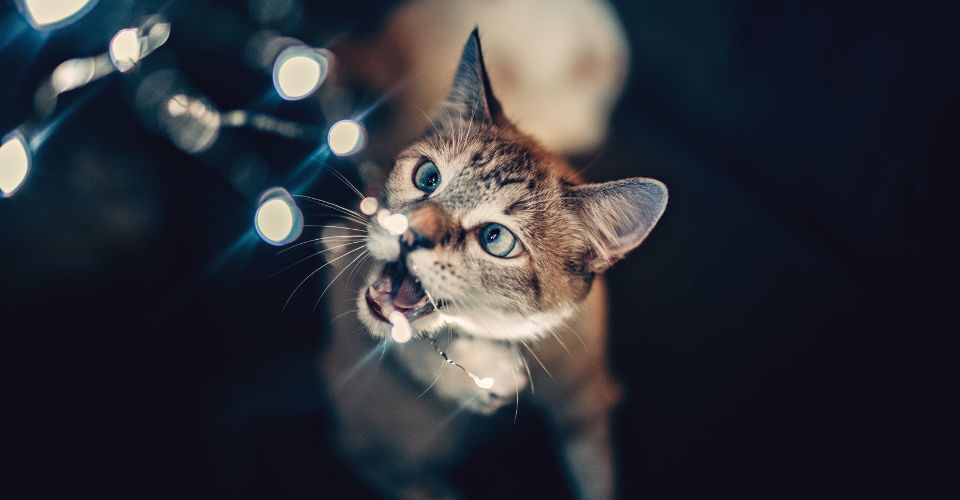