Cats are known for several amazing capabilities: extraordinary hearing, superior vision, great sense of smell, and flexibility, to name a few. Besides these earthly capabilities, our cats often appear to be magical – they often predict tragic events before they occur, detect illnesses in humans by sensing chemical changes, and much more.

This article will discuss whether our cats can sense fear among other cats and humans. Besides that, we are also going to discuss how cats respond when they feel fear of someone. So, stay with us.

Yes, cats can sense fear not just in other felines but also in human beings because of their superior abilities.

Sensing Fear in Other Cats

Cats sense fear in each other via their pheromones. Pheromones are chemical agents that send ‘messages’ from one individual to another within the same species. Cats that are scared release fear-specific pheromones either through their skin, particularly through the glands near the chin, ears, tail, cheeks, and forehead, or through the anus. Using their acute sense of smell, cats quickly pick up these pheromones and thus can tell when one of their fellow felines is scared.

Cats sense fear in human beings by sniffing out the hormonal changes happening inside their bodies and by observing their body language. Where cats release fear-related pheromones, human beings release fear-related hormones. Cats sense these hormonal changes and get the idea that the person is scared. Similarly, our cats can also tell when we are sad.

For instance, when we are afraid, we might sweat more. Since cats have a good sense of smell, they can detect the excess amount of it and gauge that something is wrong. Similarly, we might also tremble and shake, and avoid making eye contact with our beloved pets, a behavior that strongly signals that we are scared.

Hormones act inside the body, while pheromones do it outside. You might have heard that cats can smell some human pheromones, such as those related to pregnancy and menstruation—it is a misconception; these are hormones.

How Do Cats Respond When They Sense Fear?

A cat’s response depends entirely on her personality. However, according to several research studies, cats tend to comfort their owners when the latter is not emotionally well. Seeing their owners as a source of food and security, cats cannot resist their temptations to make their owners feel good and forget the cause of worry.

A cat’s breed might also play a role in deciding the outcome. If your cat is an affectionate cat breed, she might come up with several ways to manifest her love and bring you to ease. She might lick you and try to lay on your chest in a quest to regain your normal mental state. If she succeeds in getting your cuddling, it will be great for you. It will release a good amount of feel-good hormone called oxytocin that might help you overcome your fear.

The same goes for a cat sensing fear in another. They tend to bring each other’s comfort by rubbing their heads, touching their noses, and sliding with each other. Or, they might end up hooking up their tails—making the heart sign.

Going a Step Further: Do Cats Protect the Fearing Person?

A cat might go for protecting her owner when the threat s/he is afraid of actually shows up; however, much depends upon the attachment and depth of the relationship. According to Hill’s Pet, cats can become very protective of their owners and might do whatever it takes to save them from the people they consider to be dangerous.

But if the threat does not show up physically, there is no way a cat can protect its owner. At her very best, she can only resort to comforting their favorite human beings, as discussed previously.

Can People Sense Fear in Cats?

Yes, in the same way, cats can sense fear in us, we can also tell if a cat is frightened. A cat’s body language can manifest what she might be thinking. If she is afraid, most commonly, she will show the following signs:

If you observe these signs of fear in your kitty, you should immediately identify what is instilling fear in your cat and sort it out. Try doing the following to comfort your cat:

It is a cool solution to reduce the signs of fear and anxiety in your cat. Just plug in the device, and it will spread calmness for up to 700 square feet.

Yes, cats can sense fear in other cats and even humans. In the case of the former, they use pheromones to detect fear while resorting to various body language signs for the latter. When they find out that the fear exists for sure, their affection ensues to bring the fearing person or cat to ease.

You can also sense fearfulness in your cat—just look for some common signs.

Why Do Cats Attack Pregnant Women? 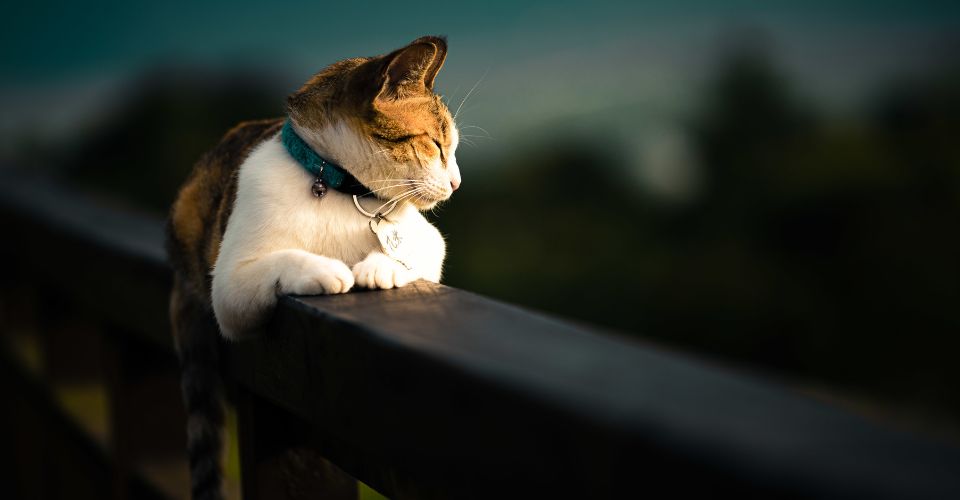