Are Australian Shepherds Good with Kids?

One of the most popular dog breeds in the U.S., thanks to their captivating looks and endearing antics, the Australian Shepherd is certainly worth the hype. But as more and more people want to bring this pup home, questions like “are Australian Shepherds good with kids,” “are they family dogs,” etc. pop up in the owners’ minds.

To be fair, they are indeed high-energy dogs, and it is hard to imagine how they would behave around kids who may not be as agile and swift as themselves. As soon as you hear their name, the image of a dog constantly bobbing up and down crosses your mind. And as a responsible parent and pet owner, you do wish to make things easy and enjoyable for everyone.

So, let us find out if this darling of a dog works for your family or not.

Are Australian Shepherds Good With Kids?

Yes, Australian Shepherds do get along well with the kids. Superb herding dogs, Aussies make strong bonds with their families, including children. Developed over centuries for protecting flocks of sheep, they have a strong protective instinct when it comes to their family. Drawing from these impulses, they enjoy romping around with the kids, simultaneously playing their guard and Shepherd.

That said, their shepherding intuition can sometimes play out in uncomfortable ways, such as attempts to herd the children. It is, therefore, imperative to inculcate early socialization and a firm dog training regime in them to root out the problem.

Australian Shepherds As We Know Them

Mark: White, Tan Point, or Both

Australian Shepherds are highly intelligent, animated, and untiring work dogs. While some might be initially shy or restrained towards strangers, they are very loving dogs who form strong bonds with their families.

Originally developed as sphered dogs, they retain their instincts as guard dogs, always on the lookout, observing their surroundings with their gentle but keen, penetrating gaze. Almost intuitively, they take it upon themselves to keep their family out of the way of harm, though not resorting to aggression.

What truly stands out is their eagerness to move, run, and complete circuits upon circuits to burn off their energy. It is critical to understand that these are work dogs with seemingly inexhaustible reserves of energy. Consider getting one only when you can guarantee enough space for them to run around and have proper exercise.

Their alert disposition and shepherding tendencies prove handy in their interactions with family members of all ages, both humans and other pets. With their compassionate nature, seemingly inexhaustible energy, and extraordinary intelligence, they can be relied upon to care for their family members. It is for these reasons that they are also popular as therapy and service dogs, besides disposing of the invaluable roles of search and rescue and drug detection.

Keeping Australian Shepherds in a Family with Kids

Australian Shepherds can be great family dogs, but they come with their unique issues, albeit manageable ones.

Below we discuss some of the problems you may have to face.

They Try to Herd Kids

One of the greatest struggles people with children have with these dogs is that these canines go into a shepherding overdrive and try to herd everyone, including children. Besides being an annoyance, it can also be very troublesome. Children might get hurt as they may try to nip the smaller ones around their ankles, trying to stop them from going where they perceive it to be dangerous.

Too Smart for Some

Aussies are an intelligent breed, and the ones still in their puppyhood can be particularly rambunctious. Combine this with their tendency to establish authority, as in assuming a higher position in the hierarchy, and you get a stubborn pup that may not be willing to listen. It might even end up outwitting an inexperienced owner who does not know any better.

These are super energetic work dogs who may be doing their jobs the entire day and still not lose their stamina. Translating this into pet care would mean that they need loads of exercise and running area every single day. Only park visits would not do the job; you need to have a considerably large, fenced outdoor space where they can happily complete their laps unobstructed.

Also, the Australian Shepherd needs to be around its family. It is not one of those dogs you can leave alone for long hours as you go about your business. If it goes with sufficient mental and physical stimulation, it may end up developing unwanted behaviors.

Preventive/Corrective Measures to Keep an Australian Shepherd with Kids

Kids Should Be Old Enough

As a preventive measure to the Aussie attempting to herd your kids, bring it home once your kids are old enough to assert themselves. That is not to say that they are not nice to toddlers or babies. It is just that they would try to keep them in line, and that is not the kind of behavior you want.

Many pet owners find it more convenient to add a dog to their family once their kids are old enough to make sense of the canine behavior. It is also a great exercise in dog training as they learn the terms of appropriate interaction with the children.

An excellent way to discourage their herding behavior would be to expose them to kids of all ages from an early age. As they are naturally loving and friendly, they would enjoy their company and engage in their plays. While you are at it, ensure that these exchanges happen under your supervision and teach them how to deal with kids. That is, to play with and be friends with, not establish dominance over and herd.

A great way to train these dogs about their interaction with kids would be to use command words to indicate the right behavior and use a reward system to reinforce the behavior. The most common command word to make a dog spare someone or thing is “Leave it.” Take a quick review of this easy-to-follow training guide from the American Kennel Club to teach your dog how to follow this command.

Train the Children to Deal with Australian Shepherd

This one is of paramount importance irrespective of the dog breed. Kids need to learn to be kind and respectful towards pets. They also need to understand that they need to consider the dog’s comfort and convenience even when showing love and affection.

But besides the routine training, kids also need to be taught how to handle the herding attempts from an Australian Shepherd. Kids must learn to assert themselves by refusing the dog’s advances and pronouncing a “No” in a loud, firm tone. Here is a wonderful resource from the American Kennel Club to train the kids on their interactions with the dogs.

Apart from training your kids, you also need to discipline your puppy as early as possible. 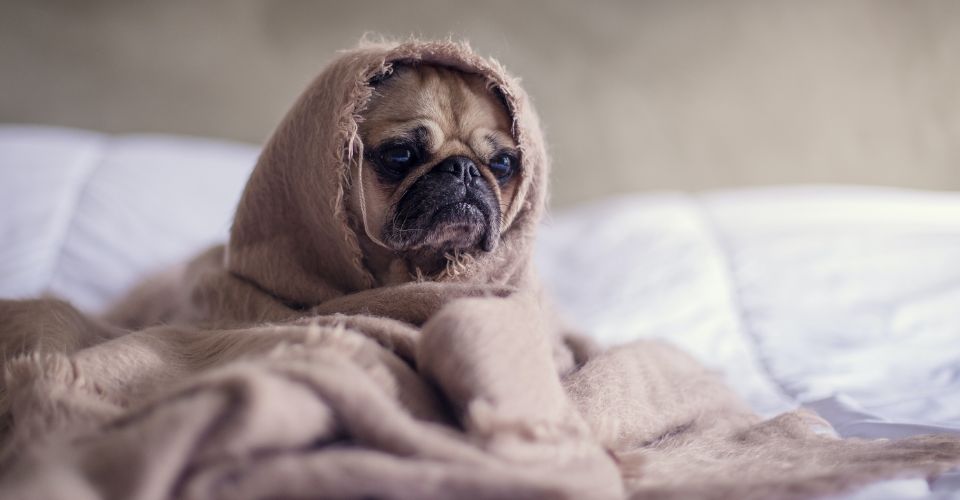 Why Is My Dog Ignoring Me? 5 Possible Reasons and Their Solutions 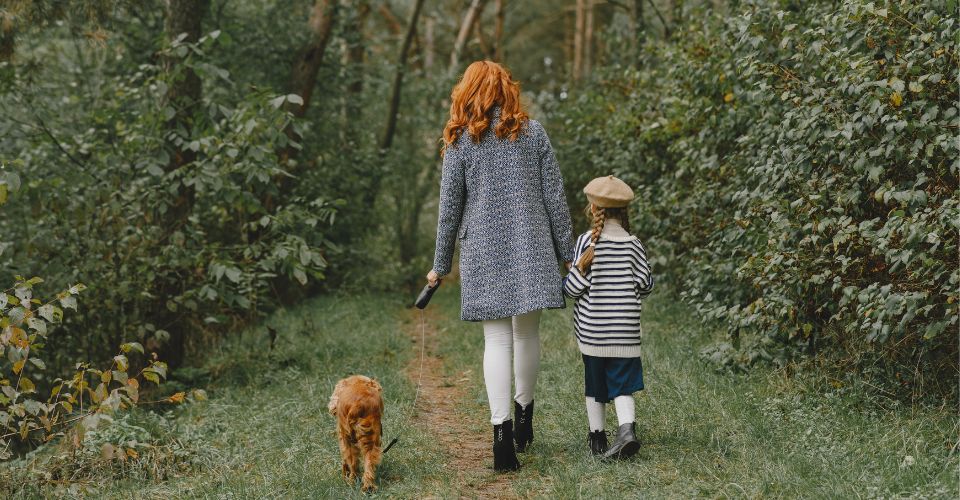 Do Dogs See Their Owners as Pack Leaders? Here is How to Become a Pack Leader 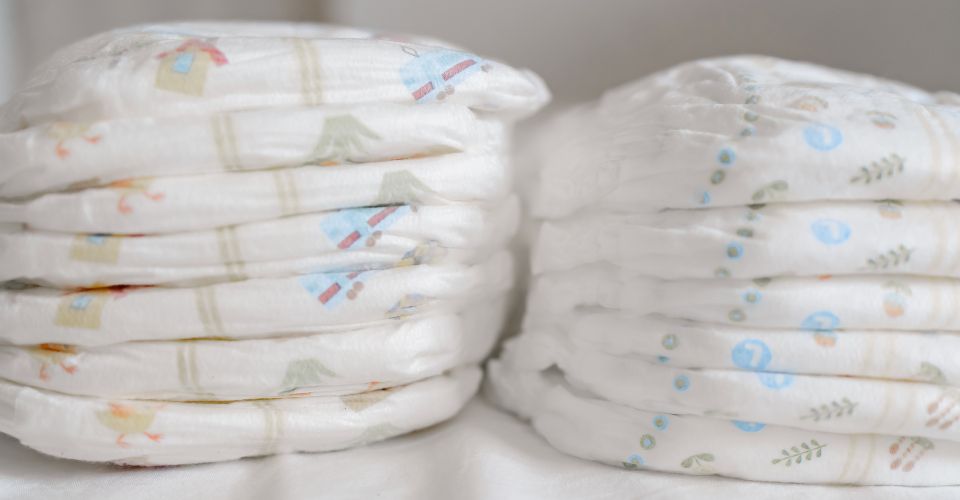 Why Does My Dog Eat Poop Diapers? Should I Worry? 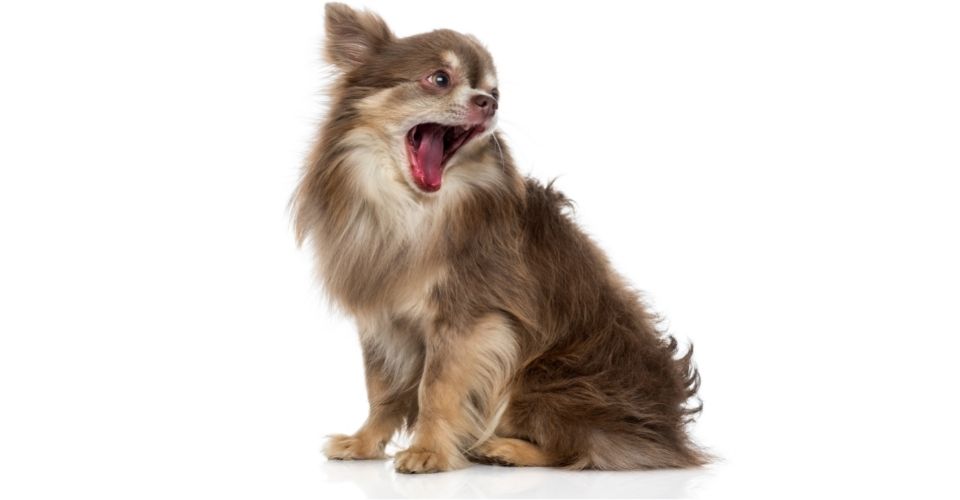 Mean Chihuahuas: Why Are Chihuahuas So Mean? 8 Causes and Solutions